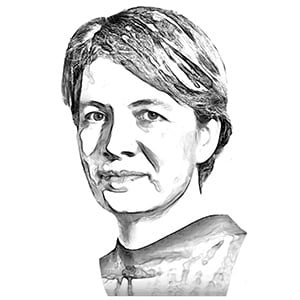 Silicon Quantum Computing (SQC) is Australia’s first quantum computing company. It is also one of the world’s leading contenders to bring a large-scale quantum computer into commercial production.

SQC has assembled a globally recognised team of quantum scientists and engineers, coupled with business practitioners, to develop and commercialise its unique atomic quantum processors out of its laboratories in Sydney.

SQC’s advantage lies in its ability to manufacture high-quality quantum processors using atomic-scale components. No other company worldwide has yet been able to match this capability. Moreover, this precision is matched with a fabrication cycle that takes only two weeks – at least ten times faster than any competitor.

This unique technology, which has been pioneered by the SQC team in Sydney, provides a rare opportunity for Australia to manufacture high-value quantum computing processors that can ultimately be accessed by a world market.

SQC is now building a complete ‘full stack’ quantum computer. With tight integration of hardware design and manufacturing, and by harmonising software and algorithm development with hardware development, SQC is not a company that needs to outsource its manufacturing capabilities.

Silicon Quantum Computing was formed in May 2017 with equity investment support from the Australian Government, University of NSW, Telstra, the Commonwealth Bank, and the New South Wales state government to develop a quantum integrated circuit.

In addition to funding the five-year technical development program, the $83 million investment was used to acquire a portfolio of intellectual property (IP) developed over the previous 20 years through federally supported research undertaken in the Australia Research Council Centre of Excellence for Quantum Computation and Communications Technology (CQC2T) headquartered at UNSW Sydney.

A pathway for industry

Since 2017 the SQC team has achieved a series of technical breakthroughs, the most recent of which is delivery of an integrated circuit manufactured on the atomic scale. The company’s success builds on decades of intellectual property (with 94 patents at 2022), culminating in a comprehensive process for manufacturing active electronic devices with atomically precise component placement and atomic-level control of quantum properties.

Along the way, the SQC team has designed and built a classical transistor where the functional part is a single atom. It has created the narrowest conducting wires in silicon, just one atom tall and four atoms wide, with the same current-carrying capacity as copper, showing that Ohm’s Law continues to the atomic scale.

The company’s most recent result, which is the creation of a complete quantum integrated circuit manufactured on the atomic scale, was achieved at the end of 2021 and recently published (June 2022) in the peer-reviewed journal Nature – less than a decade after the team’s 2012 declaration that it had fabricated the world’s first single atom transistor, two years ahead of SQC’s own schedule.

The SQC team have shown that this circuit can be utilised as a quantum analogue simulator to simulate the molecule polyacetylene. This is a very important demonstration because today’s classical computers struggle to simulate even relatively small molecules due to the large number of possible interactions between atoms.

It now looks as if SQC’s atomic-scale circuit technology, by contrast, will allow the company and its customers to construct quantum models for a range of new materials, whether they be pharmaceuticals, materials for batteries, or catalysts.

Realising a quantum simulation algorithm on a processor manufactured at the atomic scale is a huge validation of the company’s manufacturing capabilities, and a critical step on the path to developing quantum processors for quantum computing applications.

This represents a seminal achievement towards a commercial quantum computer manufactured here in Australia, and positions SQC for commercial growth.

From a manufacturing and industry establishment perspective, the delivery of the world’s first integrated circuit fabricated at the atomic scale is hugely significant.

SQC’s chip hardware team are world leaders in what they do. They have demonstrated that, with targeted support, the company could be the first to deliver high-value quantum computing services to a global marketplace from an Australian manufacturing base.

SQC is now focused on customer partnerships and delivering the world’s first commercially useful quantum processor by 2028. The company is confident it can achieve this ambition given its milestone-driven focus and a well-articulated technology roadmap. 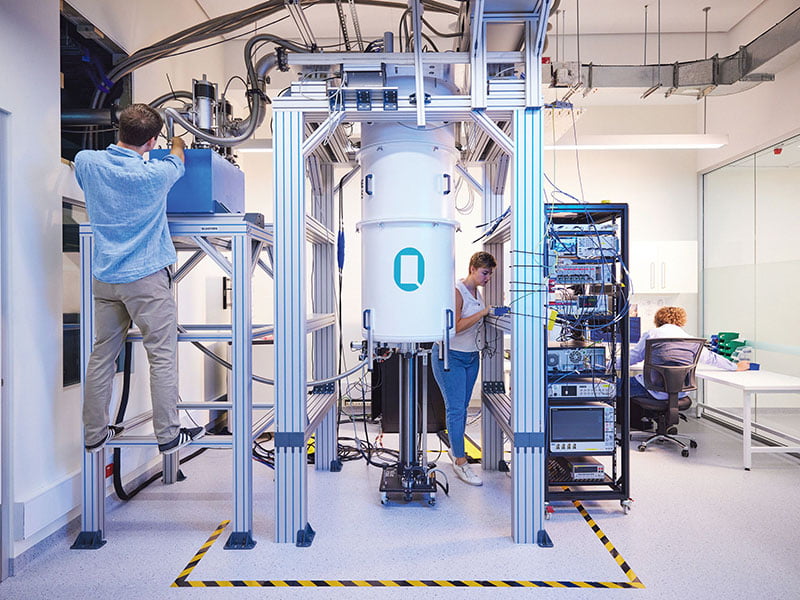 This provides a unique opportunity to manufacture here in Australia, in which respect SQC is uniquely positioned.

SQC’s leadership in atomic-scale device manufacturing, the high value and sophistication of its products, and the advantages in integrating hardware, software, and service delivery via the cloud means that SQC can manufacture competitively from Australia.

Indeed, we believe there are key advantages that our Australian location gives us over competitors, including proximity to an outstanding research capability, Australia’s appeal to international talent, and the cultural advantages of a workforce that is not constrained by tradition and is willing to do things differently.

Our belief in the value of selling globally while manufacturing locally is demonstrated by our commitment to supporting local supply chains and skilled workforce development. Since we set up, SQC has entered into a partnership with Sydney technology firm, Silex Systems Ltd, to secure supply of its feedstock, isotopically pure silicon 28.

We are also actively addressing talent gaps in key manufacturing and software skills by upskilling graduates from related disciplines and have supported the development of a quantum computing online course for Year 10 students aligned to the Australian curriculum.

Professor Michelle Simmons is a Scientia Professor at the University of NSW and has twice been a Federation Fellow and now a Laureate Fellow of the Australian Research Council. She is the Director of the Centre of Excellence for Quantum Computation and Communication Technology and is founder and CEO of Australia’s first quantum computing company, Silicon Quantum Computing.

A Minister for ICT Capability would secure sovereign needs