In July the ABC will require all users of its iview streaming platform to register an account to continue watching. The broadcaster insists the requirement will improve the service but is facing criticism from privacy advocates and users as it pushes further into ‘personalisation’.

The national broadcaster has promised not to sell the data, protect it at a “global best practice” standard and offer opt-out options to stop users’ data being shared with thirds parties like Google and Facebook.

In advice to users, the ABC has also said registrations can use a non-identifying email and a nickname to sign up privately.

But privacy advocates have slammed the move, saying it is a fundamental shift to identified use that creates new risks and should not be mandatory. 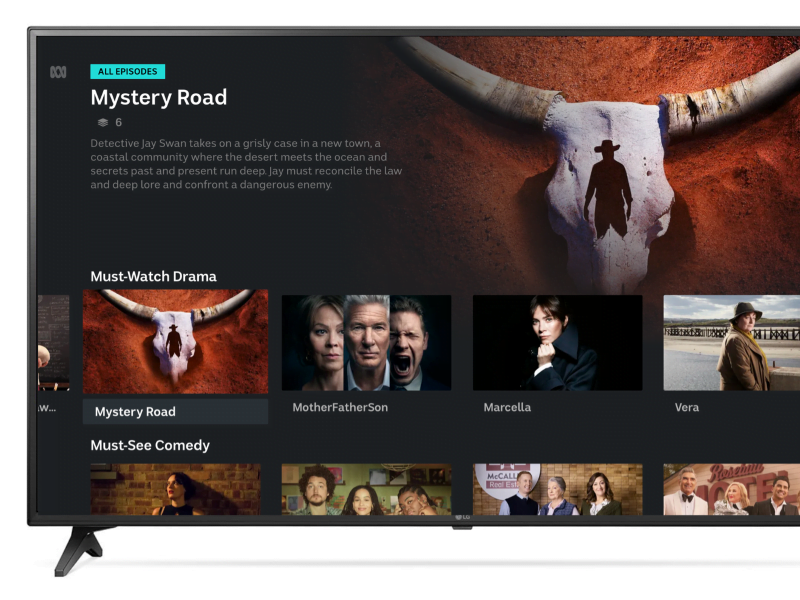 “Identified online interactions are higher risk for the individual, whether it’s for privacy risks, whether it’s IT security, ID theft or a range of abuses of personal information,” Australian Privacy Foundation Chair David Vaile told InnovationAus.

“[The risks] are greatly exacerbated by identified use, and it’s unclear that the ABC has weighted those factors properly.”

The decision not to also offer anonymous access was taken because new features could only be offered with registered use, an ABC spokesperson told InnovationAus.

“ABC iview is an online platform and many of the features now commonly expected by viewers, such as the ability to create a watchlist or to receive program recommendations, can only be provided through asking for a login,” the spokesperson said.

“It also helps us to make sure we provide relevant content and features for all Australians. Such data shapes the programming we create and the products we build, allowing us to continually improve the types of programs we produce and acquire.”

Users can sign up with an email or using their Facebook, Google, or Apple account. The only information shared with the tech giants will be ABC viewing preferences and users will be able to opt-out of sharing that data, according to the spokesperson.

“This information enables the ABC to target marketing messages about our programs and services, which aims to broaden and expand our audiences while encouraging deeper engagement with our content and services.”

While users are being encouraged to sign up now, the option to opt-out of third party data sharing is not yet available. It will come with full integration of social logins in July when data will begin to flow to the likes of Google and Facebook.

The ABC has put the foot down on digital content personalisation, a strategy that has developed over the last four years along with technology upgrades, and took off with the arrival of managing director Michelle Guthrie in 2016.

The ex-Google executive was critical of the ABC for not being able to recognise when users had already consumed content on its digital platforms, according to ABC staff.

Ms Guthrie was dismissed by the ABC board halfway through her term in 2018 because of what the board described as a “leadership style” was not what the ABC needed. Ms Guthrie later reached an unfair dismissal settlement with the ABC.

Personalisation has continued and became the top strategic priority in the national broadcaster’s five-year plan released in 2020, even above remaining Australia’s most trusted news and information source.

With more than three million registered users, iview has been identified as the first major test of the personalisation priority.

The platform has existed for more than a decade in various forms, beginning as flash website in 2008. Today, iview averages 1.3 million weekly unique users, with users and minutes watched up significantly in the last year.

The national broadcaster says most of its users understand the data exchange driving personalisation, and almost all of them want the features.

A survey conducted by the ABC last year found 95 per cent of iview users were interested in personalisation features and 74 per cent said they were likely to create an iview account. But fewer users (65 per cent) understood they would need to provide personal information to get the personalised service.

Ex-ABC staff have backed the switch to mandatory registration. Peter Marks, a software developer that worked in various technology roles at the ABC until 2017, including on iview, said it was disappointing to see the ABC being “beaten up” on the switch.

“There’s no malcontent in there,” he told InnovationAus. “And when we talked about [sign in] years ago, people were very concerned about it internally but it’s just the way the world has gone.

“I think the ABC needs to get on board and be as smart as the commercial alternatives.”

Mr Marks, part of the ex-staff ABC advocacy group ABC Alumni, said the iview move would help the broadcaster retain audiences and assist them in finding the most relevant content from the broad range offered by the broadcaster. He said making sign in mandatory was needed to get a large proportion of users on board.

But Mr Vaille said the ABC was going “the wrong way” by removing the option to allow anonymous access and minimising the collection of data was actually one of the best defences to data breaches.

He said there is no valid reason for the ABC to not continue to offer anonymous access and it was penalising users who valued their privacy and data security.

Mr Vaille pointed to the recent move by Apple to disable tracking by default, which so far has seen users overwhelming not opt in to tracking. But the ABC is “picking up a model from five or 10 years ago of maximum commercial surveillance”.

“They should be reading the tea leaves from Apple’s demonstration. Most people, given the choice, don’t want to be tracked. They don’t want to be tied down with their online stuff and [the ABC] should factor that back in, rather than listening to whatever consultants they might have been [listening to].”

The absurdity of our innovation theatre