The AUKUS Joint Steering Groups met at the Pentagon last week ahead of the tenth Review Conference of the Treaty on the Non-Proliferation of Nuclear Weapons at the United Nations in New York, which is being attended by Assistant Minister for Trade and Manufacturing Tim Ayres.

Delegations to the Joint Steering Groups (JSGs) from Australia, the United Kingdom, and the United States convened throughout last week. In Australia, the Department of Defence is the lead for AUKUS and the JSGs.

Among its activities, the group welcomed the publication of a working paper titled ‘Cooperation under the AUKUS partnership’ for the Review Conference of the Parties to the Treaty on the Non-Proliferation of Nuclear (NPT), which begins on Monday and runs until August 26.

In the report, AUKUS members committed to providing Australia with “complete, welded power units”, that prevent the extraction of nuclear material, while detailing Australia’s commitment that it will not pursue uranium enrichment or processing. 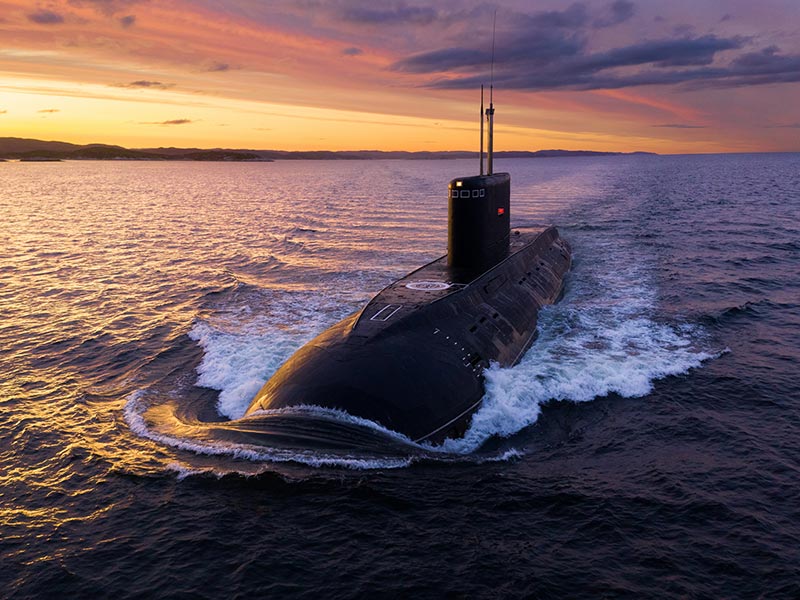 AUKUS partners would continue to engage with the International Atomic Energy Agency to ensure that the relevant safeguards are abided, as well as to find a suitable verification approach.

At the meeting last week, the Joint Steering Group for Australia’s Nuclear-Powered Submarine Program continued its investigation of the fastest way to provide Australia with conventionally armed, nuclear-powered submarines.

This is part of an 18-month consultation period to determine the “optimal pathway to acquire this capability”, which began in September 2021 when the steering groups were established.

The JSG for Advanced Capabilities met at the end of last week, with participants agreeing to “bolster combined military capabilities” which  included accelerating near-term capabilities in hypersonics, counter-hypersonics, and cyber.

There was a recommitment to further cooperation on information-sharing and collaboration with other allies.

The JSGs also sought to ensure delivery of the submarines would meet “the highest standards of nuclear stewardship, including the responsible planning, operation, application and management of nuclear material, technology and facilities”.

A working paper was submitted by the Indonesian government to the NPT review conference on July 25 highlighting its concerns around the sharing of nuclear-powered submarine capability in relation to global non-proliferation.

Its submission did not specifically name the AUKUS submarine capability arrangements but said it views “any cooperation involving the transfer of nuclear materials and technology for military purposes from nuclear-weapon states to any non-nuclear-weapon States as increasing the associated risks and the catastrophic humanitarian and environmental consequences”.

A working paper was also submitted by the Chinese government at the end of 2021 that claimed the transfer for nuclear submarine capability to Australia posed “serious risks of nuclear proliferation”.

Assistant Minister Ayres said that Australia’s commitment to the NPT is “unwavering”.

“Australia has a proud history of promoting non-proliferation and disarmament, and we will continue to play an engaged and constructive role throughout the August Review Conference,” Assistant Minister Ayres said.

A report published by the University of Sydney’s United States Studies Centre  stated that the technological capabilities and innovation ecosystems stemming from AUKUS will be “more consequential” and arrive sooner than the nuclear-powered submarines.