As the Commonwealth government begins its push to establish battery manufacturing in Australia, it will have to compete with attractive incentives available in the United States, according to some local firms.

Last month, the US government passed the Inflation Reduction Act, a series of tax measures to tackle the cost-of-living crisis, and expanded a tax credits program for clean energy and climate change mitigation technology manufacturing. Through the act, there is $369 billion committed to ‘energy security and climate change’ activities.

From the start of next year, the Advanced Manufacturing Production Credit will be available to producers of various clean energy components including battery materials and cells.

The existing Manufacturers’ Tax Credit, which includes a 30 per cent tax credit for the cost of “qualifying advanced energy projects” among others, is also being expanded. These energy projects are investments in new factories or upgrades that produce inputs to renewable energy technologies like electric vehicles and charging infrastructure. 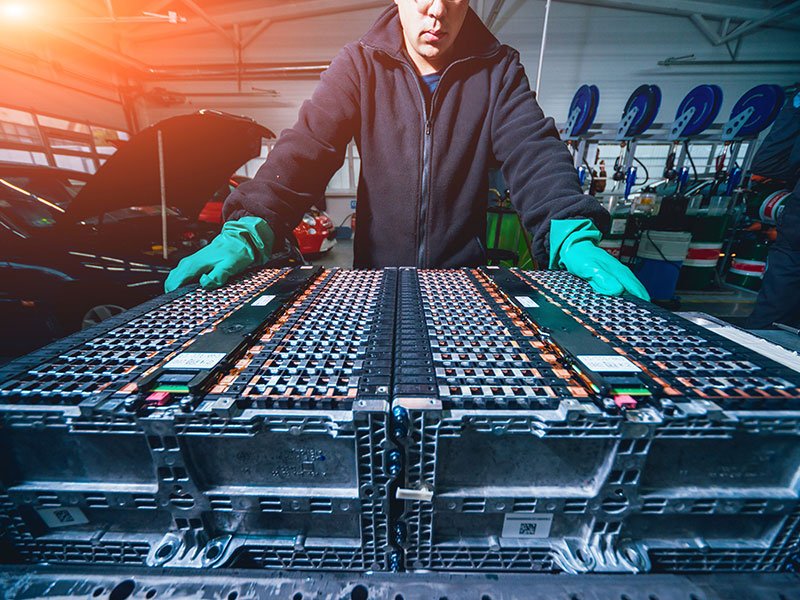 Sydney based Magnis Energy Technologies owns 60 per cent of Imperium3 New York (iM3NY), a lithium-ion battery plant in New York. With a current production capacity of 1.8GWh, iM3NY will receive an estimated US$63 million dollars in annual tax credits at a rate of US$35 per kWh of battery capacity produced.

Based on its plans to scale up to 38GWh by 2030, and the incremental phase out of the Advanced Manufacturing Production Credit, iM3NY could be eligible for up to US$1 billion in tax credits in 2030.

Magnis Energy chief executive David Taylor told InnovationAus.com that there are “strong demand and regulatory tailwinds in the US that provide strong opportunities for Magnis” but added that he finds recent developments in Australia’s policy framework encouraging.

“The introduction of the Inflation Reduction Act by the Biden administration provides strong and direct support for the development of the US battery supply chain and clean energy technology projects such as iM3NY,” Mr Taylor said.

“Whilst the Commonwealth Government is making some positive moves in this area, there is more that can be done from a policy and funding perspective to support the development of local projects.”

When asked about the progress on the proposed Imperium3 Townsville facility, which Magnis holds a 33 per cent stake in, Mr Taylor said that the firm is working with “local, state and federal governments in relation to development of a local battery manufacturing facility”.

Perth-based Lithium Australia is still in the commercialisation phase of its cobalt-free cathode material subsidiary VSPC but is already looking to the United States as the most likely site for its first commercial-scale manufacturing facility, which it hopes will commence production in 2026.

Lithium Australia executive director Andrew Skalski said the firm is still undertaking a location study analysis to determine the most appropriate US state to set up a facility, as well as investigating the possibility of setting up in Canada.

As a result of the Inflation Reduction Act, manufacturers of electrode active materials, which includes cathode materials, can receive tax credits worth 10 percent of the cost of production.

“The location of the first facility at this stage with our development roadmap is North America, most likely the US. We still are conducting our location study analysis to determine which state in in the US would be best suited for our first commercial facility, and we’ve also included Canada in that location analysis,” Mr Skalski said.

“But at this stage, I think the US policy initiatives are quite a compelling case and it’s going to be pretty hard for other jurisdictions to compete with that. But until we’ve done the location study, we don’t have a final answer.”

He also noted the customer base for VSPC’s lithium ferro phosphate cathode material is developing quickly in the United States, and establishing a facility there would be “a big advantage” for maintaining good customer relations and a better understanding the customers’ needs. It also enables the company’s provision of more specific technical support.

Lithium Australia is also considering pursuing grant funding from the US government.

However, Mr Skalski said that he was encouraged by the policy commitments by the Albanese Government, and hopes that the legislation of the country’s climate change target will open new opportunities for funding.

Prime Minister Anthony Albanese has on several occasions committed the government to supporting the development of battery manufacturing in a larger drive to become a “renewable energy superpower”. Recently, he told the Minerals Council of Australia that they form the “foundation for the next generation of growth and jobs and industry”.

Election commitments for a $100 million battery manufacturing precinct in Queensland alongside $1 billion through the Value-Adding in Resources Fund, which sits within the broader $15 billion National Reconstruction Fund. Work on establishing a new Industry Growth Centre focused on battery industry called “Powering Australia”  is also underway, along with a national battery strategy.

When asked by InnovationAus.com whether Australia can compete with manufacturing incentives on the scale of the United States’ Inflation Reduction Act, Industry minister Ed Husic remained optimistic about the country’s opportunities.

“While we’ve always got big countries with big budgets that we’re competing against, the great thing I love about our nation is that we’ve never felt like we have to be scared off by that. We’ve got some great talent. We need to harness that, apply it in this space in a way that a lot of Australians across the country feel we should,” Minister Husic said.

“They recognise we have huge stores of critical minerals and rare earths. All we’ve really done is ship them off without doing the value add. Now is our moment to do something different and we’re determined to do so.”