A government-led Senate committee has shot down a bill which would have outlawed the use of credit cards for online betting in Australia, claiming the proposal would limit choice and that gambling operators and banks are addressing the issue.

The bill’s rejection comes despite expert testimony to the inquiry that a legislated ban was necessary and would prevent the “piecemeal” industry-led approach which was formulated in just a few months during the inquiry as scrutiny mounted. 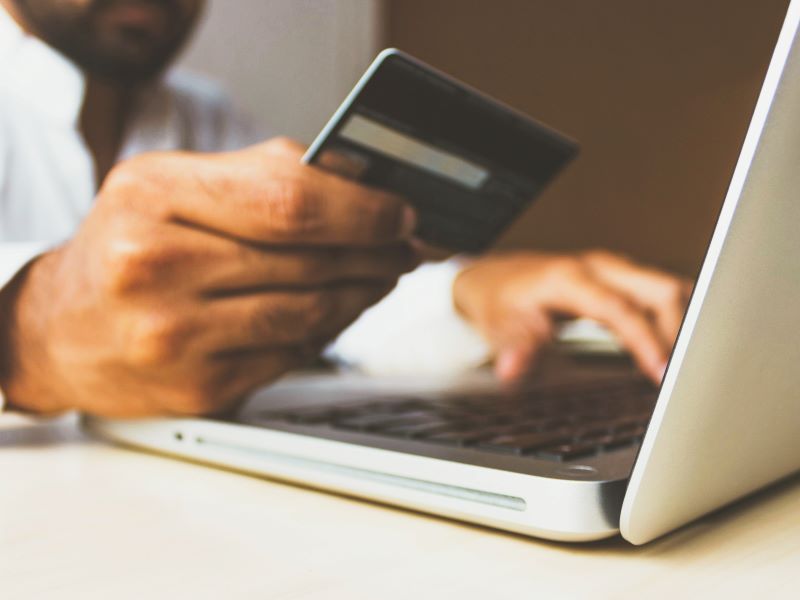 A ban on credit card use for online gambling appears likely but it is yet to be determined if it will be industry or regulator led.

A government MP chairing his own separate inquiry into the issue said he was disappointed in the Senate committee’s decision and wouldn’t rule out recommending tougher regulation later this year.

A bill by Centre Alliance’s Senator Stirling Griff, first introduced more than a year ago, would have amended the Interactive Gambling Act to put a ban on the use of credit cards for betting online.

The ban is backed by gambling experts and support groups and would bring the online options in line with current restrictions in Australian casinos and gaming lounges, where credit cards are already banned and nearby ATMs are blocked from giving cash advances.

Mr Griff’s bill was referred to the Senate Environment and Communications Legislation Committee in March. On Friday, the committee recommended the bill not be passed, saying the “considerable” work being done by gambling operators and banks meant it was “not necessary”.

Experts disagree and had told the inquiry a legislated ban would bring consistency and help reduce problem gambling being worsened by credit card use.

“The risks of gambling with a credit card is that you’re spending money that you don’t have. As a result, you can experience a significant level of debt,” University of Sydney Associate Professor Dr Sally Gainsbury told InnovationAus.

Dr Gainsbury is director of the University of Sydney’s Gambling Treatment & Research Clinic, where its leading research is integrated with the help the clinic provides to hundreds of problem gamblers each year.

One recent, small study by Dr Gainsbury found around three quarters of a group reporting to have used credit cards for gambling in Australia met the criteria for problem gambling or moderate risk gambling.

Last year, the UK introduced a legislated ban on the use of credit cards in online gambling because of similar research and concerns about the relationship between credit card use and high-risk gambling.

A review of the ban is expected this year, but UK experts told the Australian inquiry it is widely anticipated to achieve a “step change in the reduction of harm from credit-based gambling”. A similar bill has been introduced in Ireland and described by MPs there as a “no-brainer”.

Dr Gainsbury, who gave evidence to the Australian inquiry, recommended the bill be passed. She believed it would help protect problem and at-risk gamblers at a time when many more are going online. Online gambling increased during both major lockdowns in Australia.

While online gambling is not necessarily riskier than land-based gambling, there is evidence it is riskier for problem gamblers, in part because of the disconnect between physically handing over money and digital payments.

“We’ve done research where people have told us both in quantitative and qualitative studies that they don’t feel like they’re spending money the same way when it’s online,” she said.

“So it’s easy to lose track of how much they’re spending.”

Other advocacy and gambling support services gave similar evidence and endorsed a ban on the use of credit cards for online gambling.

Online betting operators, through industry group Responsible Wagering Australia (RWA), initially told the inquiry there was no need for a ban on credit cards in online gambling because there was no compelling evidence they are linked to problem gambling.

But the industry group, which represents companies like Sportsbet, Bet365 and Ladbrokes, changed its position during the inquiry as it heard criticisms of credit card use in online gambling and a separate joint parliamentary committee began investigating the same issue.

RWA now says it supports the “development of measures to prohibit credit card wagering” but wants to develop them itself in partnership with banks, rather than a blanket ban being legislated.

“Responsible Wagering Australia members recognise and respect community views on this issue and will work constructively on delivering this reform,” the group said in supplementary evidence to the original inquiry last month.

Dr Gainsbury said the reform should be delivered by lawmakers and not the industry.

“If you just have a ban at the legislative level it sends a very clear message that this is a risky activity that shouldn’t be done,” she said.

“So the regulated approach really is going to be much more effective in achieving the aim.”

In contrast, an industry led approach is likely to cause confusion and would not be able to be fully enforced, she said.

This is because the RWA group does not include all online operators, while banks and credit card companies also have differing policies and have typically relied on customers to voluntarily opt-out of using their cards for gambling.

“[An industry led approach] is not going to be as effective…it’s very piecemeal. It’s not always easy for the consumers,” Dr Gainsbury said.

In its final report, the Senate committee acknowledged the broad support for the purpose and intent of the bill, but said it could introduce unintended consequences and is being considered at a time when other work is already under way on the issue.

The unintended consequences of banning credit cards identified by the inquiry included driving gamblers to use offshore wagering services and other payment or credit mechanisms, despite the regulator telling the inquiry it had been effectively disrupting illegal offshore betting for several years.

Stirling Griff blasted the Senate committee’s decision to not support his bill, saying it had provided justification for allowing the continued use of credit cards for online betting while it is banned for land-based gambling.

“The committee’s position is neither logical nor reasonable given the weight of the evidence presented to this inquiry,” the Centre Alliance senator wrote in his dissenting report.

“The committee has ignored the warnings of the experts, financial counsellors and advocates who gave example after example of how damaging the use of credit for gambling is.”

The Greens called for better gambling regulation in its dissenting remarks, while Labor senators did not provide any objections in the final report.

A similar but separate inquiry into regulating the use of credit cards and digital wallets for online gambling also launched just a week after Senator Griff’s bill was referred for review and is ongoing.

The wider inquiry, conducted through the Parliamentary Joint Committee on Corporations and Financial Services, is also being led by the government. But its chair, Liberal MP Andrew Wallace, is a vocal critic of gambling with credit cards who does not believe they should be allowed online.

He told InnovationAus the decision to reject the bill by the Senate committee was disappointing and that he would read its report “with interest”.

“My committee work on the ability to be able to use credit cards for gambling is ongoing,” Mr Wallace said.

“I note and welcome that there has been a shift in sentiment from Responsible Wagering Australia and [the] organisations that it represents. But I still think there’s a lot more work to be done in this space.”

The inquiry led by Mr Wallace continues and is expected to table its report by the end of the year.

He said evidence presented so far revealed legislating a ban is a more “complex issue” than he had initially thought, but he remains of the view that it is an area that needs much better regulation.

“The simple fact of the matter is that you can’t use credit to gamble anywhere else other than online [in Australia]. And my government, the Morrison government, has been very, very clear about the importance of ensuring that what you can’t do in the real world, you shouldn’t be able to do online.

“This is just a continuation of that.”