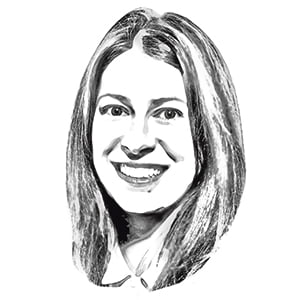 The technology industry can power the nation’s economy, deliver flexible, secure, well-paid jobs and increase mobility for people. That’s the sentiment seen across a strong show of bipartisan support for the tech sector in Australia from both major federal parties.

Everyone recognises that the tech sector is creating economic growth, and opportunity for Australia. There are 860,000 people in tech jobs in Australia today. We want to be an industry that creates great jobs for Australians and partners with governments to make sure Australians have the skills to get into them.

The Tech Council has three goals for Australia’s tech sector:

In the last week, both sides of politics have committed to measures that will help achieve those goals.

One of the measures announced will support small business digital adoption through the Technology Investment Boost and the Skills and Training Boost. These tax incentives will help small businesses increase their productivity and invest in improving tech skills in critical areas such as cyber security.

A recent Treasury working paper backs this, finding that the productivity of firms at the global tech frontier grew by 60 per cent between 2002 and 2016. Productivity of laggards grew just 15 per cent in the same period.

While wider action would further help Australia to catch up to the global tech frontier, these incentives will help level the playing field for small businesses. OECD analysis has shown that despite the advantages, small businesses cannot invest in digital adoption as much as larger competitors.

The OECD and industry research by Xero has found that critical mass is one key barrier to tech adoption. Smaller businesses often lack the resources to make longer-term investments and adopting tech can require expertise that small businesses do not have in house.

The tax incentives announced in this Budget are much-needed actions to address this barrier.

Another key budget measure that will directly support our sector is the change to Australia’s Employee Share Schemes (ESS) regulatory framework.

As companies in the sector know, this change if passed into law will increase the flexibility for Australian companies to offer equity to more employees, particularly junior staff members. Simplifying the framework is important for up-and-coming Australian companies to help them attract, retain and reward workers during a time of skills shortages.

This reform will create jobs. Workers that receive shares in companies that scale can found their own companies with the proceeds, which then creates more Australian companies and jobs.

The proposed ESS framework also puts Australian companies on an equal footing with global competitors, who already use ESS to attract top talent. This is more critical than ever as we encourage talent to transfer and retrain into the tech industry.

These reforms come on the back of a measure that passed the Senate in February to remove the cessation of employment as a tax trigger for employees that own shares. That makes ESS schemes more desirable – especially for younger companies – and also makes it easier for workers to leave and start their own company or move between firms.

Another key budget measure announced is aimed at re-skilling women into the technology sector. As part of the government’s Digital Economy Strategy, the government will provide $3.9 million over two years to support women to pursue career opportunities in the tech sector.

Our research shows that women are most likely to enter tech jobs between the age of 25 – 30. This initiative is an important initial contribution to help more women make that transition, given only one in four tech workers are women.

Getting more women into tech jobs is a great deal for women, as tech jobs are amongst the best-paid, most secure and most flexible in the country. Women looking to start a career in the tech sector face a much smaller gender pay gap than many other industries.

Overall, the support for our sector in the Federal Budget is a boost our industry needs. There’s also no avoiding the reality that Australia is facing a federal election in only a few weeks’ time and, as with every election, there could be a change of government.

That’s why it’s particularly encouraging that both sides of the political spectrum have declared their support for the tech industry.

Last week, the Leader of the Opposition Anthony Albanese committed a future Labor Government to supporting our goal of having 1.2 million people employed in tech jobs by 2030, and helping to train Australians to move into them via a range of training pathways.

This is an important commitment because it means there is now a bipartisan consensus in Australia that tech jobs are good for workers and the economy, and that the industry and governments can partner to get more Australians into them.

It is recognition that tech jobs are a great deal for Australians. They are well-paid, secure and flexible. And there are plenty of them.

It provides a great foundation for the industry to work with both sides of politics beyond the election to keep building a strong local tech sector, and great jobs.

Kate Pounder is the Chief Executive Officer of the Tech Council of Australia.