China may be nominally communist, but that doesn’t mean it doesn’t have venture capitalists. In a very big way. They get together every year, in Beijing’s Arctic January weather, to partake in “international vision, cross-border thinking, making friends, and solving problems.”

The Innovation and Capital Forum will be held in Beijing’s Four Seasons Hotel on 15 January. It will be the eighth time the event has been held, under the auspices of the Zhongguancun Private Equity and Venture Capital Association (ZVCA).

Zhongguancun is a district in the north-western suburbs of Beijing often referred to as China’s Silicon Valley. At street level it’s full of electronics markets and computer shops, but the real action takes place behind the glass façades of the area’s high-rise buildings, where billion-yuan deals are closed every day. It’s close to Peking University (they still call it that) and the prestigious Chinese Academy of Sciences. 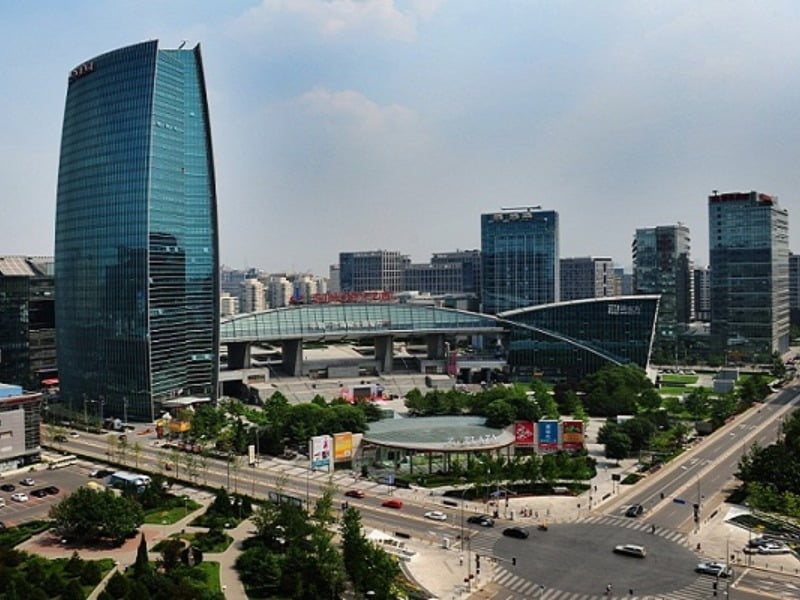 Lenovo is headquartered in Zhongguancun. So are the Chinese branches of companies like AMD, Ericsson Google, IBM, Motorola, Oracle, and Sony. Microsoft Research Asia has been based there for more than 20 years. The National Library of China, the largest in Asia, is there. Zhongguancun is a technology centre.

This year the ZVCA forum is emphasising partnerships between China’s VC industry and the outside world. The theme is ‘China needs the world and the world needs China’. Over a thousand attendees are expected, including “dozens of ambassadors and business diplomats to China, famous investors, entrepreneurs, specialists, scholars and officials.”

The conference blurb is gushing. It probably reads better in Mandarin. “The forum will discuss popular topics such as the latest developments, challenges and opportunities of the Chinese and global economy, investment and financing industry and the internationalisation of Chinese Capital’s equity investment etc. We are building ‘Hundred of countries, Thousand of projects, Trillion of RMB’ collaboration on the forum.”

(RMB is short for renminbi, China’s currency. The yuan is the unit it is denominated in. It’s a bit like the difference between ‘pounds’ and ‘sterling’).

The organisers say the forum has achieved the reputation of a ‘Little Davos’ in the field of equity investment in China – a comparison to the World Economic Forum held annually in the Swiss mountain resort of that name.

Whatever the hype, it is certainly China’s biggest VC event, in an impressive list of speakers from the Chinese, US and European investment communities.

Venture capital has boomed in China in recent years. From a standing start at the beginning of the decade, VC deals China in 2018 exceeded US$100 billion, almost equalling the size of activity in the US market. VC funding is behind many major Chinese unicorn companies such as Didi Chuxing (‘China’s Uber’) and ByteDance, the parent company of popular social media platform TikTok.

An October 2019 report from analyst group eFront looked at the comparative strengths of VC and private equity markets worldwide. It found that China has the best VC return profile, but also one of the longest average times to generate liquidity.

“The Chinese market matured significantly during 2018,” says the report, “having distributed 58 per cent of the value generated in buyout deals, relative to 52 per cent of total returns a year ago. In addition, it maintained its attractiveness by achieving an IRR (internal rate of return) of 10.43 per cent and preserving low levels of selection risk.”

It is a mark of the comparatively low level of VC activity in this country that Australia was not even mentioned in the report.

But VC is not insignificant in Australia and China is our largest trading partner. No Australians are listed as speakers at the Zhongguancun forum, but many will be attending.

Many Australian companies are certainly aware of the opportunities in China. The second day of the recent annual Australian Investment Council (AIC) conference focused on opportunities in the Middle Kingdom. (Earlier this year AIC changed its name from the Australian Venture Capital Association – AVCAL).

“China remains a great opportunity for Australia – at least for those who can navigate it,” said Kathy Chen, SB China Venture Capital Managing Partner, speaking of the AIC conference. “Overall investment activity reduced last year but some specific sectors are doing well.”

She gave the example of Brand Collective, an Australian company that is now selling its Volley shoes in Chinese retail stores, and Icon Group, an Australian medical technology company that is has set up a facility to treat cancer patients in China next month. The chief executives of both companies also spoke at the AIC conference.

Icon Group chief Mark Middleton said it had taken three and a half years to set up the right partnerships and navigate China’s more stringent hierarchical business structures. “Like any partnership or any relationship, it takes time, it takes trust, and it takes being aligned.”

Brand Collective chief executive Martin Matthews said the China-US trade stand-off had caused issues as US companies are quickly shifting manufacturing to countries such as Vietnam and Indonesia. He said China’s future as the biggest global economy means it will remain an attractive investment opportunity for Australians.

“The reality is that every single Chinese province has an economy larger than Australia’s.”