The Australian Government and its southeast Asian neighbours will seek to coordinate laws around gathering and using electronic evidence to pursue terrorists in the region as part of a new MoU with strong themes on curbing the use of technology to support violent extremism.

The MoU was one of the major outcomes of the inaugural ASEAN-Australia special summit’s counter terrorism forum in Sydney on Saturday — a day-long strategy session by leaders and security experts to strengthen the region’s anti-terror capabilities.

Prime Minister Malcolm Turnbull said that the MoU’s enhanced regional cooperation measures were vital to combat extremist movements such as ISIL, which were increasingly being forced to back away from open battle and push their financing, recruitment and command activities across borders via the internet’s dark allies. 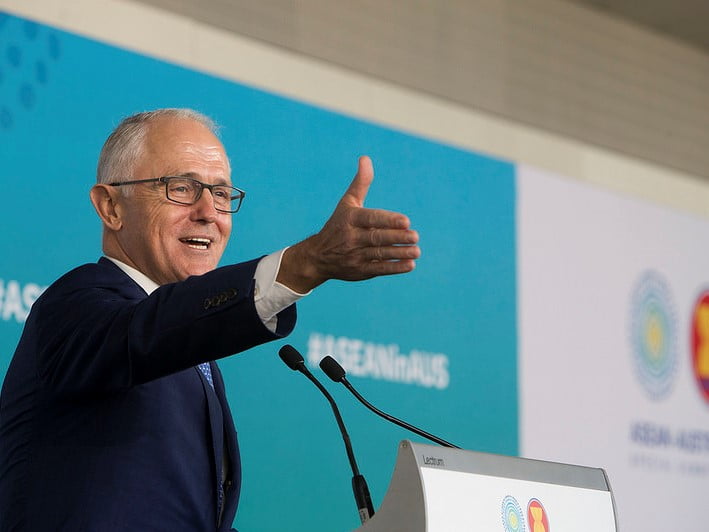 Broadly, the MoU seeks to improve intelligence sharing between regional security agencies and to standardise the legislative and policy frameworks on dealing with terrorist activity. It specifically targets activity that is cloak either directly or indirectly using digital and internet means.

The measures would help regional intelligence agencies in traditional operations such as tracking cross border movements of violent extremists and terrorist financing.

It was also hoped that the measures would improve the ability of intelligence agencies to tackle extremism’s expansion into newer theatres of operation created by technology.

In his speech the Prime Minister put his sights on a range of these areas, including encryption technology, crypto-currencies and shady online crowd sourcing platforms, and the use of social media techniques to transmit “nihilist” ideologies and groom new recruits.

Remarking on a recent case in which extremists in Syria used an encrypted messaging platform to pass weapon-building instructions into Australia nearly undetected, Mr Turnbull said “the frontline in this battle against terrorism in this interconnected world is everywhere”.

“Those who seek to use technology to do us harm do it as innovatively as any of us can and they are able to adapt and move in a very agile way,” Mr Turnbull said. “We have to be as fast and as quick as them.”

Mr Turnbull said that more cooperation between Australia and ASEAN states on terror issues was an urgent priority as ISIL was moving quickly to grow its ideological influence in the region.

Malaysia’s President Nadjib Razak picked up on the theme noting that Daesh propaganda could reach 300 million Muslims in the region, and that Rohingya Muslims being violently displaced from Mynamar’s Rakhine province would provide a “fertile ground” for the extremist organisation’s radicalisation and recruitment efforts.

The changes to electronic evidence laws are a key enabler for the broader move to harmonise regional legislative and policy approaches to tackling terrorism, and to align them with international best practice.

Mr Turnbull said the signatories had agreed on strategy to deliver the measure, starting with a series ASEAN-Australia workshops on the use electronic evidence for transnational criminal investigations.

Better law enforcement coordination on terrorism is expected through forums between ASEAN and Australian agencies.

The means by which the MoU would achieve its less traditional psyops-style goal of tackling online radicalisation are less clear, however Mr Sheehan gave a few clues.

He said the summit delegates had agreed to take steps to detect and dissuade individuals susceptible to radicalisation, and to develop “counter terrorist narrative frameworks”.

That could involve the use of what Mr Sheehan described as “civil society groups” to assist with “de-radicalisation”.

The topic of cyber security was expected to get another airing alongside trade and economic development at the summit Sunday during the crowning event, the leader’s plenary.