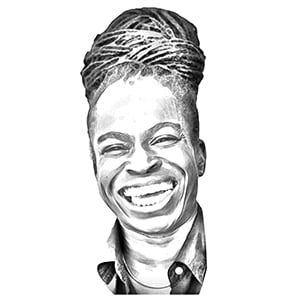 With the latest Census data showing Australia to be more culturally diverse than ever, leaders in the public and private sectors now face one of the nation’s most significant and pressing challenges – achieving workplace diversity.

Today more than 5.6 million residents of Australia speak a language other than English at home, and more than one million people have been welcomed to our shores in the last five years. According to the Census, almost half of all Australians (48.2 per cent) have a parent born overseas.

An almost endless number of data points can be used to illustrate the impact of recent immigration and multiculturalism on Australia, yet we lack insight into how our rich diversity has been embraced by the business community and public service.

With the Australian Bureau of Statistics reporting 250 ancestries and 350 spoken languages from its Census findings, TechDiversity – an industry body representing the interests of the ICT sector – believes it is incumbent on business and community leaders to measure the impact of cultural diversity across our economy.

Much has changed in Australia since the passing of the 1975 Racial Discrimination Act. The 2021 Census reported, for example, that India has now moved past China and New Zealand to become the third-largest place of birth after Australia and the United Kingdom.

Technology opportunity and employment have been significant contributors to this evolution in our population. However, our inability to measure diversity in our workplaces suggests such statements are more assumptions than facts.

A survey to gauge diversity would illustrate where Australia is progressing and achieving its greatest successes. It would also shine a light on areas for improvement. TechDiversity believes identifying opportunities will be welcomed by society if accompanied by progressive, equality-focused programs.

To this end, TechDiversity congratulates Google on conducting and publishing the findings of its Google Diversity Annual Report, which last year found minorities represented less than 20 per cent of its workforce.

Few companies understand data better than Google – and it is creating benchmarks and measuring improvement to achieve a diverse workforce.

TechDiversity has been encouraged by the positive reception from state governments to identify the opportunities for workforce diversity, including and beyond Australia’s technology sector.

We welcome the decision of the NSW Government Greater Cities Commission’s executive director for Tech Central Annie Parker to use the analytical tool Diversity Atlas with strategic partners across the tech precinct. The data insights will support the objective of making Tech Central the most diverse and inclusive precinct in the world.

Progress in government is evident elsewhere. In June 2021, the White House issued Executive Order 14305 that stated: “Federal Government should have a workforce that reflects the diversity of the American people”.

President Biden used the opportunity to lay out his vision for diversity, equity, inclusion and accessibility (DEIA). The order says: “A growing body of evidence demonstrates that diverse, equitable, inclusive and accessible workplaces yield higher-performing organisations.”

Anecdotally, this would also appear to be true in Australia. Yet, gathering data to make it a provable fact is a goal of not only TechDiversity, but also the Diversity Council of Australia.

An opinion article published by SmartCompany says: “In Australia’s business community, there is no standardised, meaningful and informative way to measure and benchmark cultural diversity. Yet research shows that effectively ‘counting culture’ in our businesses will help us better reflect our nation’s diversity and build inclusion with a better understanding of our workforces.”

Last year, the Diversity Council worked with Sydney University on a two-year research project that produced the report, Counting Culture, Towards a Standardised Approach to Measuring and Reporting on Cultural Diversity in Australia. It advocated a four-step approach that businesses might consider and ask about the following:

The council suggested questions about religion and whether individuals had lived or worked in any country other than Australia for more than six months.

TechDiversity agrees with the council regarding the need for a standard approach to ‘counting culture’. Sustainable and measurable change requires an evidence-based approach.

TechDiversity is committed to continuing to work with state and federal governments in the following ways:

In this way, Australia will not only find its diversity truth but build a better society with the benefit of our culturally rich and diverse peoples, who make our nation what it is.

Luli Adeyemo is founder of the technology marketing agency Best Case Scenario, and joined industry alliance TechDiversity as Director of day-to-day activities and initiatives in early 2020. She is supported by a core committee of volunteers and supporters, including Avanade, Oracle, REA Group, Mia Consulting Services, Method9, Newfound and Cevo.