Governments have a very different relationship with their customers than private sector corporations like banks and online retailers, and a citizen has different motivations for using a governmental service or interacting with a government organisation.

But that doesn’t mean governments shouldn’t be any less focused than their private sector counterparts on delivering the best customer experience, or more precisely the citizen experience.

In the private sector, the laser focus on customer experience has led to the proliferation of “insanely great” services (and yes, many of these great new services found their original inspiration in the mobility revolution of the Apple iPhone.) 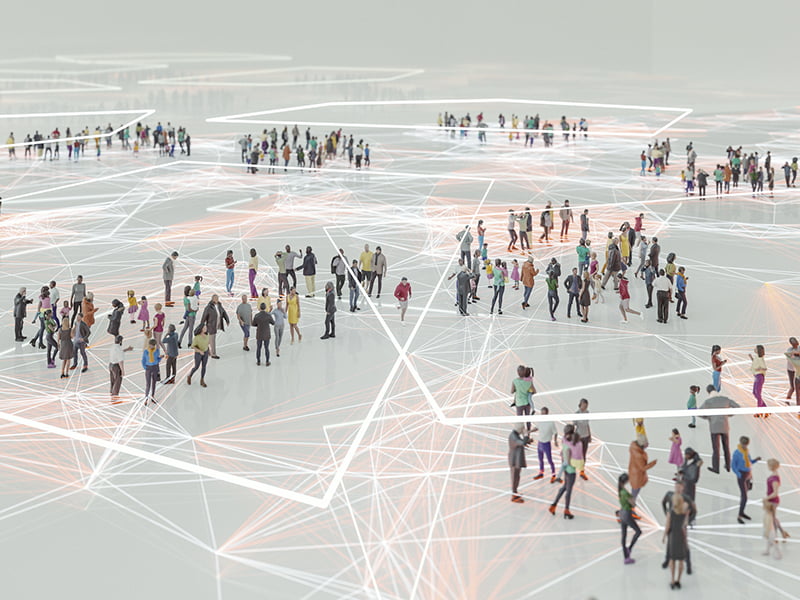 The digital transformation of industries from banking to retail to entertainment has been driven hard over 20 years. Multiple industries have extracted customer insight from operational data based on large samples of their behaviour.

The results speak for themselves. In fact, public sector strategy leader at SAP’s Qualtrics Dr Chelsie Bright, says the digital phenomenon known as the “Amazon effect” was named for services that are so transformative that they force a restructure across whole industry sectors.

If you can design a service that is so seamless and easy for people to order product online and have it in a package on the doorstep in three hours, then you know other players in that industry are either going to have to match those expectations or close-up shop.

“This phenomenon has of course started to trickle over to governments, where the digital age has ushered in all of these new expectations that governments have really struggled to keep up with,” Dr Bright told InnovationAus.com.

This is a genuine problem for governments, she says, although these problems manifest in a very different way compared to the private sector (where a company might be punished for failing to meet customer expectations by losing customers and therefore revenue.)

The punishment for governments that do not meet expectations or deliver a negative citizen experience is indirectly felt through an erosion of trust, Dr Bright says. The serious knock-on effect is that citizens tend to disengage from that service and from government institutions more generally. This is corrosive.

This is where experience metrics become crucial to government service delivery. Governments have generally been good with operational data and running systems of record.

But by focusing on sophisticated real-time “experience data”, Dr Bright says it is possible to get a much clearer picture of how citizens experience a service, which can in turn be used improve outcomes.

Understanding experience data with precision creates the feedback loop that enables the service itself to be tweaked, tailored and improved overall.

Dr Bright came to SAP’s Qualtrics from the California state government where she previously managed a data and research team over several years. She explained that experience data adds huge value to the existing operational data held by governments.

Specifically, this enables citizen feedback at scale, which underpins reprioritising or restructuring to make sure delivery services are meeting needs at an individual citizen level.

SAP’s Public Sector global strategy lead, Chris Atkins, says the company that has traditionally been known for providing the ‘system of record’ to government. But with Qualtrics, the company can leverage public sector operational data through the experience data.

The result is a more empathetic service delivery that enables governments to deliver a more personal service at scale, because they now have a more intimate understanding of the experience of individuals.

SAP calls this capability the hallmark of the Intelligent Enterprise.

Mr Atkins, who previously worked with the State of Indiana delivering an enterprise-wide, data-driven approach to service delivery and resource allocation across the state to address issues such as  opioid addiction and infant mortality rates, says Australia has some world-leading implementations of the data-driven services that apply this thinking. A notable example being the Office of State Revenue (OSR) in Queensland.

The OSR, the state’s tax collection agency, knew from its operational data that in any given year, a percentage of taxpayers would be late in paying their tax bill. The OSR teamed up with SAP Qualtrics, SAP Data Hub and with the SAP Cloud Platform as part of a digital transformation program.

Within this program, the OSR ran a proof-of-concept trial in relation to Land Taxes due its high default rates. The insights gained from a sophisticated Qualtrics survey were merged with ten years of operational data to enable OSR to identify – with a high degree of accuracy – which taxpayers most likely to default on a payment.

According to Mr Atkins, this meant OSR could tailor a service just for these taxpayers – by offering upfront to put them on a payment plan – rather than wait for them to default. This avoids the need for them to jump through hoops to qualify for a payment plan.

This is what an intelligent enterprise is supposed to do. It has a powerful positive impact through the delivery of services designed with the citizen experience at its core.