Treasurer Jim Chalmers has asked for more scrutiny of the foreign investment in Australia’s critical minerals companies due to a massive economic and strategic potential, he announced on Friday while reaffirming the government’s support to industry leaders.

Armed with a new critical minerals strategy, $50 million in industry grants, a new research centre, and potentially billions in investment, both Jim Chalmers and resources minister Madeleine King told an industry summit they would waste no time in capitalising on “a generational opportunity that we cannot miss or mishandle”.

But he also flagged more scrutiny of foreign investment in critical minerals, now considered well and truly part of the national interest. 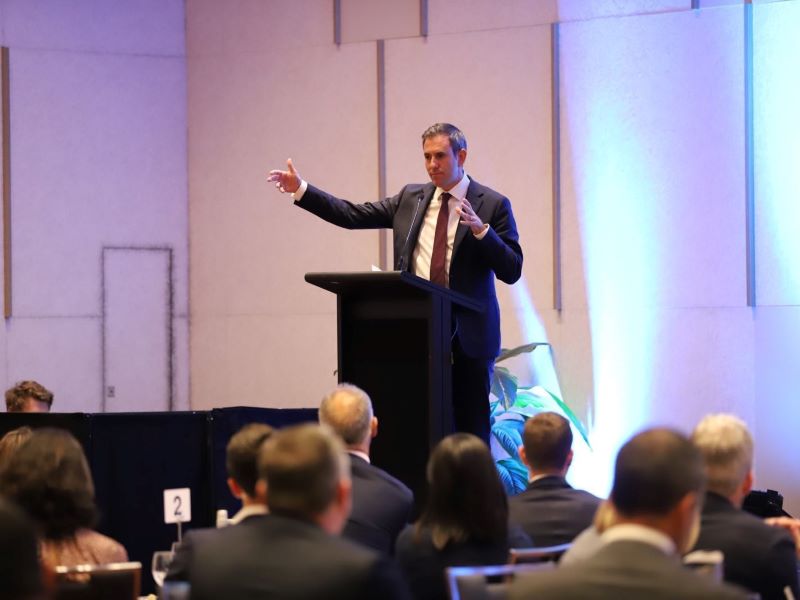 “When we’re talking about investments in critical minerals we’re talking about investments in valuable resources, in strategically important land, in a product that has important future implications, and in industries that will underpin much of the global growth and progress in the 21st Century,” Mr Chalmers told The Australian’s Critical Minerals Summit.

“This touches every tenet of our national interest.”

Mr Chalmers has ordered Treasury to work with the Foreign Investment Review Board, other federal agencies, and the states and territories to collate data on the investment in critical minerals companies and develop “more sophisticated” ways of tracking it in the future.

While critical minerals have long been known as key to the clean energy transition and advanced technology, geopolitics are making governments take an even more strategic approach, including shifting established supply chains.

Mr Chalmers on Friday pointed to China’s current dominance and the risks of “over-relying on a substantial supplier of a critical resource”.

China currently leads the world in processing several critical minerals, including copper, rhenium, nickel, cobalt and lithium, and in manufacturing the batteries, cathodes, and electric vehicles they create.

“This kind of concentration creates supply chains that are especially vulnerable to disruption –with economic consequences that are far-reaching and deeply-felt,” Mr Chalmers said.

“What we are seeing with the supply of gas now, we have seen plenty of times before with supply of oil — where supply and price become hostage to geopolitical competition, conflict, or circumstance.”

Along with Quad nation allies, Australia has been pushing to shift the established supply chains for strategic reasons. But there is a massive economic imperative too.

Mr Chalmers used lithium as an example. Australia supplies around 55 per cent of the world’s lithium already and demand is surging. But the nation does limited processing and plays essentially no role in the battery manufacturing industries around the world.

“And this is where our great opportunity lies – not just in extracting and then exporting the rare earths that we have and that the world needs – but also in moving our way up and along the value chain,” Mr Chalmers said.

“Adding value before we export – cementing our position in the global supply chain for low-emissions technologies.”

To respond to the opportunity, the Morrison government last year established a $2 billion loan facility for critical minerals exporters, and allocated $250 million in its March Budget for a new grants program and a research and development centre for critical minerals.

A quarter of the grants were dished out early by the Morrison government in an unusual “closed round” and little progress was made on the R&D centre before Labor won the May election.

The Albanese government slimmed down the grants program, took charge of the R&D centre, and began work on a new critical minerals national strategy.

Resources minister Madelaine King is leading the work on the new strategy and also addressed industry leaders at Friday’s summit.

“For the world to achieve the global Paris goals, low emissions technologies will need to be adopted across all sectors of national economies,” she said.

“And a great deal of the clean energy transition over the coming decades will ride on the back of critical minerals.

“These minerals are essential to such things as storage batteries, electric vehicle motors, solar panels and wind turbines.”

Ms King said the extraction and refinement of critical minerals should be a “national mission”, comparing today’s opportunity to the establishment of the iron ore and liquid natural gas industries decades ago.

“Our critical minerals endowment provide us with a remarkable opportunity as well as a special responsibility to the future of this nation and also that of our regional partners,” Ms King said.

“Fortunately we been here before. Unlocking the vast iron ore deposits of the Pilbara required visionary policy, international investment and cooperation and hard work. Achieving our goals will require great effort over the coming decades, underpinned by a new collaboration with international partners and investors.

“We have done this before. We can do it again. It is more than just luck.”