The passing of Australia’s climate change bill in mid-September marked a watershed moment for the energy and renewables sector. The bill legislates Australia’s net-zero emissions commitments and codifies its net-zero 2030 and 2050 greenhouse gas emissions reductions targets.

In making these commitments, the Australian government has repeatedly reiterated the important role that innovation and tech companies will play in helping the country meet these goals to combat climate change.

From hydrogen extraction and solar cell improvements to management software systems, Australian companies are already making moves in the energy and renewables sector. This is demonstrated by the finalists in the 2022 InnovationAus Award for Excellence in the Renewables & Energy category. 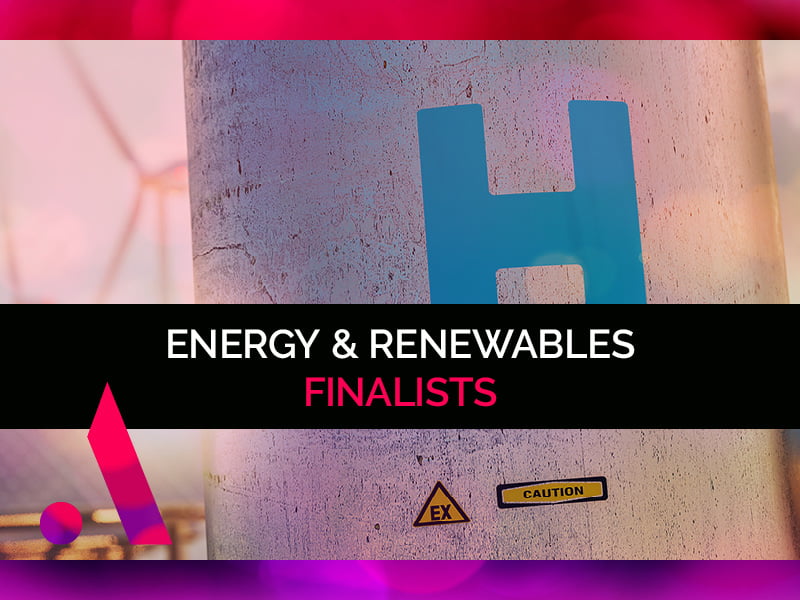 The 2022 InnovationAus Awards for Excellence winner and finalists will be celebrated at a gala dinner on Thursday, 17 November 2022. You can book your tickets here.

The recent federal budget included nearly $25 billion in clean energy spending, and a large amount of this will go towards energy and renewables tech firms.

With the world facing the existential crisis of climate change and Australia finally facing this issue head on, the sector will only continue to grow rapidly.

The company aims to replace traditional poles and wire grid connection, and boasts an array of technologies, including solar PV panels, inverters and battery storage.

Cresstec has collaborated with inventors, industrial designers and engineers to produce a number of innovative inventions, including in refrigeration and air conditioning, power generation, aerospace, optics, transportation and the automotive industry.

DUG has been at the forefront of high-performance computing and data centres since it was launched from Western Australia in 2003.

The company helps its client to leverage large and complex data sets, and also builds and runs some of the most powerful and most sustainable supercomputers in the world. DUG Cool is its patented cooling system aiming to reduce energy usage and costs for data centres, while also increasing its life and efficiency.

Samsara Eco is pioneering infinite recycling to end the major problem of plastic pollution. The company has created a plastic-eating enzyme that can break plastic back down to its core molecules, meaning it can then be used by manufacturers to produce brand new plastic items.

Developed with the Australian National University, the tech firm depolymerised plastic waste and allows for the reuse of its monomers in producing food grade plastics with the same characteristics as virgin plastic.