The New Zealand Game Developers Association has expressed concerns that Kiwi talent will emigrate across the Tasman Sea as the expected commencement date of Australia’s Digital Games Tax Offset passes.

New Zealand’s Minister for the Digital Economy and Communications David Clark met with the NZGDA recently to discuss the level of competition posed by the Australian incentives. NZGDA chair Chelsea Rapp said the meeting was useful and constructive.

Coming into effect from July 1, the federal government’s tax offset entitles Australian and global game developers with a permanent local presence in Australia to apply for 30 per cent tax rebates on eligible expenditure of at least $500,000. In the 2021-22 budget, $18.8 million was set aside for the tax offset.

Consultation on the draft legislation for the tax offset ended in April this year but was not tabled in parliament before the election. Interactive Games and Entertainment Association (IGEA) director of policy and government affairs Ben Au said the legislation has bipartisan support.

The New Zealand Game Developers Association (NZGDA) says that when accounting for the additional 10 per cent to 15 per cent tax rebates available in New South Wales, South Australia, Queensland, and Victoria, a firm could receive $400,000 cash benefit for every $1 million of eligible expenditure. 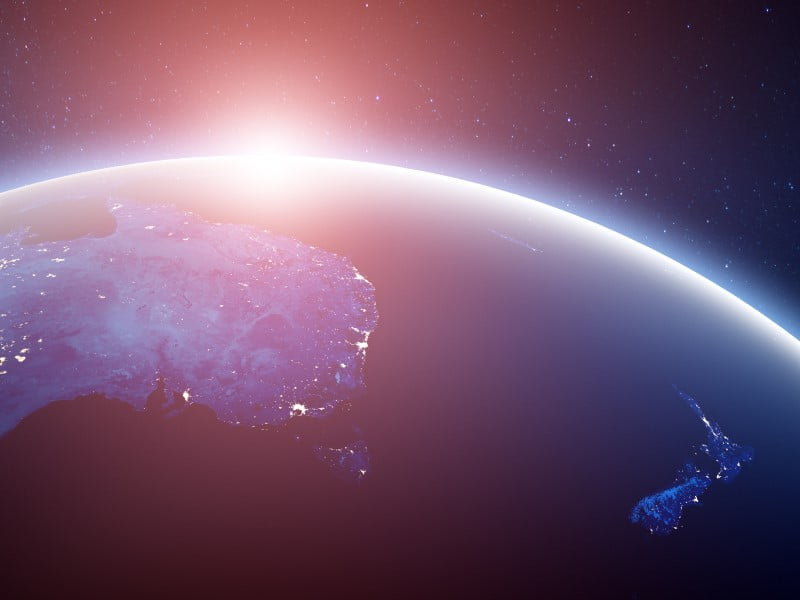 “In light of the Australian Government’s recently announced support programs for the gaming sector, shorter term measures, including those aimed at providing a competitive environment are needed now in New Zealand,” Minister Clark said.

“Officials will be working through what the support would most appropriately look like, remaining mindful of Australian competition.”

Existing initiatives include a NZ$10 million investment in 2019 to establish the Centre of Digital Excellence and the NZ$250 million Ārohia – Innovation Trail Blazer Grant, which will commence in September through Callaghan Innovation, New Zealand’s Innovation Agency.

Ms Rapp said New Zealand’s government policies were not sufficient to keep local firms in the country. She also criticised the existing research and development tax incentives as not-fit-for-purpose as it excludes most activities in the gaming and interactive media sector.

“And we believe that new Callaghan Innovation funding – the Arohia/Innovation Trailblazer grant and the new R&D grant – will not provide enough support to prevent gaming and interactive media projects from moving across the Tasman.”

The NZGDA has called on the New Zealand government to allow game development studios to access the NZ Screen Production Grant, or something similar. It is also calling for the establishment of a 30 per cent interactive digital media grant and an Interactive Industry Development Programme to build on the Centre of Digital Excellence.

In a statement issued on July 1, the NZGDA highlighted that several major game development studios had already expanded overseas or are currently planning to move to Australia.

At the time, Ms Rapp said that “the reality is that [New Zealand] will lose that talent and those businesses because we simply cannot compete with the offer of a 40 per cent discount to relocate to Australia”.

According to the NZGDA there are more than 20 schemes across the world offering tax rebates of 25 to 40 per cent. Mr Au acknowledged that the NZGDA’s “advocacy towards the New Zealand government is warranted”.

He also added that IGEA has a strong relationship with the NZGDA and they share a goal to turn the region into “one of the best destinations for making games”.

“When the DGTO comes into place in Australia, and if the New Zealand government follows through on some of the recent messaging about support for their local sector, we can see that regional growth happening over the next decade and a lot of exciting things happening across both of our territories,” Mr Au said.

IGEA chief executive Ron Curry told InnovationAus.com in May 2021 that the Australia tax rebate “levels the playing field” against traditional game development powerhouses such as Canada and France.

The DGTO was announced in the lead up to the 2021 budget under the previous federal government’s 10-year Digital Economy Plan. According to the draft legislation, firms will require one of three certificates from the Minister for Arts to receive the 30 per cent rebates.

During the consultation, the IGEA made eight key recommendations and a further eight other recommendations. One recommendation highlighted by My Au is the removal of the requirement for a game to be released in order for a developer to claim the offset.

“It can create an almost perverse incentive to complete a game if even if that studio doesn’t think it will be successful. After a couple of years, they’ve kind of looked at the project with a hard eye and they think another path might be better, we think it makes sense that they should be able to make a claim using the tax offset,” Mr Au said.

In March, Screen Australia announced it would make $6 million worth of grants available to small video game developers.