Legislation that hands new powers to intelligence agencies to spy on Australians sailed through Parliament in just hours following a five-day inquiry by the national security committee, in a process described by one crossbench senator as “contempt of democracy”.

The Foreign Intelligence Legislation Amendment Bill 2021 addresses “critical gaps” in Australia’s foreign intelligence warrant framework, the government said, mainly around the collection of information when the Australian Security and Intelligence Organisation (ASIO) is unsure where the sender or receiver is.

Currently, it is prohibited for the spy agencies to intercept any domestic communications, but this will be scrapped under the new laws, which allow for this data to be inadvertently or unavoidably collected under a Director-General of ASIO warrant. 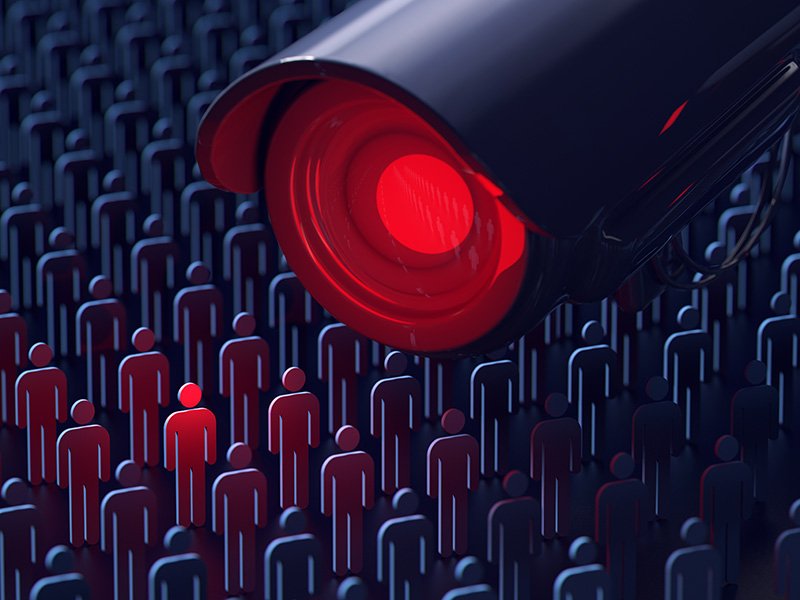 The reforms will also allow the Attorney-General to issue a warrant for the collection of foreign intelligence on Australians in Australia who are acting for, or on behalf of, a foreign power.

The bill was introduced to Parliament on Thursday last week following a days-long, closed-door inquiry by the Parliament Joint Committee on Intelligence and Security (PJCIS), with independent MPs and senators given no prior notice. The legislation was then rushed through both houses in a matter of hours, with bipartisan support from the opposition for the new spying powers.

Crossbencher Senator Rex Patrick labelled the new powers “quite extraordinary”, while the Greens described the process as “absolutely disgusting” and in “contempt of democracy”.

The bill’s passage came just days after the opposition also sided with the government to hand separate new hacking powers to the AFP, including the ability to covertly take control of online accounts of individuals suspected of committing a crime, and to “disrupt” their data.

“Without the proposed changes, gaps in foreign intelligence collection will continue to grow and Australia will not have visibility of possible threats to Australia and its security,” it said.

“The Bill will improve intelligence agencies’ ability to collect intelligence about foreign threats to Australia, and keep Australia safe and prosperous.”

Domestic communications hoovered up by the agencies will not be relied on unless in “exceptional circumstances where there is a significant risk to life”, the legislation said.

The PJCIS had earlier completed a five-day inquiry into the legislation after it was referred on an embargoed basis. The PJCIS made a handful of recommendations which the government has agreed to, including requiring that the committee be notified that a mandatory written procedure has been issued or varied, and for a review of the amendments to be conducted in five years.

The committee, which includes only government and Labor members, then recommended the legislation be passed.

In its report, the PJCIS said these are “necessary powers and tools to protect Australia and Australians against threats to their security”, and the whirlwind inquiry was due to the ongoing COVID-19 outbreaks and a national security need.

“These are not powers that the Parliament provides lightly and the committee sees its role in reviewing the provision of such powers as one of its important functions. Although required to do so quickly, the Committee has discharged its responsibilities to the Parliament by robustly testing the rationale for the bill and each of the provisions of the bill,” it said.

“It is not ordinarily the preference of the Committee to conduct private inquiries nor to do so on an expedited basis. The Committee only agreed to in this instance because of the unique circumstances of this bill, and the additional risks to Parliamentary sittings caused by the current COVID outbreaks.”

The legislation was quickly passed in the lower house, with independent MP Helen Haines later pointing out that the crossbench was provided with no information on it before its introduction.

“This bill was introduced this morning. It has just gone through the House this evening. Members of the crossbench were not given any briefing on this bill. We did not get an explanatory memorandum. We’ve had no opportunity to consider this,” Ms Haines said.

“Clearly, the opposition has. This is an urgent bill, according to the speeches that I’ve just heard, late into the evening, just now, and I want to make it very clear that, as a member of this Parliament, I’ve had no opportunity to consider it at all.”

In the Senate, the Greens attempted to refer the legislation to a committee for inquiry, delaying its passage, but this was rejected by both major parties.

“The way this bill is being rammed through this chamber is remarkable. The Liberal Party always say that they’re a broad church – so broad, in fact, that it seems that they also take in a big chunk of the Labor Party,” Greens Senator Lidia Thorpe said.

“Now the two old parties want to tell us that the legislation is for our own good and so absolutely important to the running of this country and the alleged protection of the Commonwealth that we are just meant to pass it without reviewing it.

“This is absolutely disgusting. It’s in contempt of democracy and should not be allowed. If you’re scared of proper debate and scrutiny of laws, maybe think about why you are here.”

Senator Patrick also criticised the rushed process behind the legislation.

“It involves some quite extraordinary powers that allow our intelligence agencies to spy on Australians. That’s something that has to be considered very carefully,” Senator Patrick said.

“It may be that there are circumstances in which doing so is justified. However, from my reading of the bill, the thresholds aren’t well spelt out, and this does require some examination.”

“It is my judgement and the judgement of the opposition that the changes proposed in the foreign intelligence legislation before us today are necessary, are proportionate, [and] do have adequate safeguards,” Senator Keneally said.

The new powers will allow the Attorney-General to issue warrants for the collection of foreign intelligence on Australians in Australia acting for or on behalf of a foreign power. This could include individuals such as former Prime Ministers Tony Abbott and Kevin Rudd, Senator Patrick said, both of who are on the foreign influence register.

“I wonder if the minister at some stage could answer whether or not Mr Abbott is going to be spied on by our intelligence services just because he meets the criteria as being an unpaid adviser for the UK Board of Trade,” he said.

“Under this bill, he can also be spied upon by our intelligence services. There are some genuine questions to be answered about that because, in my view, these former prime ministers and foreign ministers actually fit the criteria that would allow a warrant to be issued and spying and interception to occur.”

Hit by ransomware? You really need to report it