The importance of the National Broadband Network to Australia – and the continuing wretched history of telecommunications in this country as a political plaything – has been underscored by three major interventions during this long election campaign that began in late autumn and will finish in the depth of winter.

The first two interventions were: The management-triggered raids by the Australian Federal Police, of which we have heard nothing more, save for the second intervention by the NBN chairman Ziggy Switkowski, whose published opinion piece deliberately flouted caretaker government conventions.

Mr Switkowski had written a column simply to support the outrageously over-the-top police reaction to what were really run of the mill corporate leaks from a less than transparent, taxpayer-owned company. 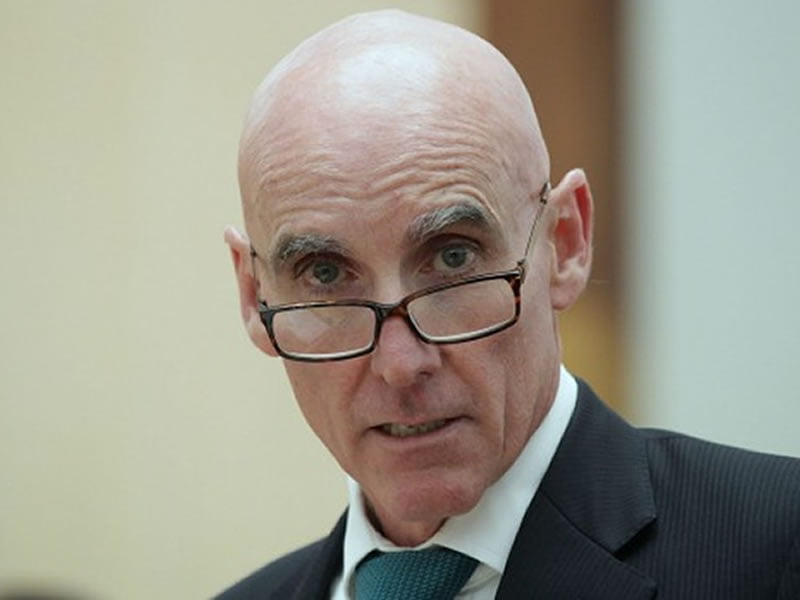 Mr Switkowski’s excuse? Staff morale. He should have a good, long think about that.

The third intervention, last Thursday night by the NBN Co’s founding chief executive Mike Quigley in many ways put those leaks – which revealed the depth of the problems with the Multi-Technology Mix chosen by Malcolm Turnbull and Mr Switkowski hand in glove – into perspective.

At the University of Melbourne, Mr Quigley delivered a forensic rebuttal of the MTM network, both from a financial and technology. Anyone with any interest in the project should read his presentation a couple of times.

The man with four decades of experience in the global telecoms networks business, more than current chairman, the chief executive of NBN Co, the PM and Communications Minister combined, explained how cutting back on the original promise of fibre to the premises to about 93 per cent of Australian homes to only 20 per cent or so, in favour of Fibre to the node and ADSL on Telstra’s ageing copper network as well as using the ageing cable pay TV infrastructure on HFC networks had added enormous costs to the project.

This is in stark contract to Mr Turnbull’s original promise that it would cut costs as a contrast to lower speeds, something InnovationAus.com has been at pains to explain to its readers for some time but without the benefit of Quigley’s intimate knowledge of NBN as well as Telstra and Optus network costs.

“…the worst thing you can do in these large complex projects is change direction. When you are in the midst of the startup problems it may be tempting to change direction, but history proves that the benefits of changing are usually overestimated,” Mr Quigley said.

“This is often because the estimates of the costs and timing of the new approach are far too optimistic. This was certainly the case in changing the NBN from a FTTP based model to the MTM model.”

One key issue he raised was one that was clearly hitting him personally, about the skill and expertise in the NBN Co as he had developed it, and an attack on the company launched by Andrew Robb, now Special Trade Envoy and feted hero of Australia’s “Free Trade” agreements with Japan, South Korea and China made when he said:

“… I simply don’t accept the assumption that a Government entity has to be stodgy, bureaucratic and filled with talentless staff. That view is not supported by what I saw being achieved by the employees of NBN Co from 2009 to 2013. I know that runs counter to the perception that has been created about the early years of the NBN,” Mr Quigley said.

Mr Robb, of course, leaned heavily on exactly the same bureaucrats he slammed in opposition to deliver his precious FTA’s but he never let truth, nor hypocrisy, get in the way of his own personal triumphs.

While the expansion of fibre to the node is an easy way, on paper, to speed up the rollout – albeit at lower and ultimatley limited speeds – HFC has proven extremely problematic.

“These big projects are complex and difficult and it takes time to overcome all of the teething problems,” Mr Quigley said, in defence of his own record and a warning to the over-promises already laid bare of the MTM network.

“The Coalition estimates of the cost for the FTTP-based NBN were all over the place. They started at $94Bn but that was such a ridiculous number it was quickly abandoned, although once again, it is something you still hear,” Mr Quigley said.

“If by now you are confused and wondering what the original FTTP NBN really would have cost, I can tell you – $45Bn. I want to explain why that is still the correct peak funding cost if the project had been allowed to continue.”

But Mr Quigley’s aim was not simply to lay out the cold hard truths that have, for so long been missing from the debate that has roiled around the NBN. In doing so he proves his value as a thoughtful contributor to the Australian telecoms scene.

This is despite his baby – the original NBN Co – being pilloried by the PM when he was Communications Minister in his brutal assault in the project at the behest of his predecessor Tony Abbott.

Mr Quigley has suggested a path forward and a way back to the original plan to give Australia largely future-proofed telecoms infrastructure that the rest of the world is moving towards, not away from.

To use a topical term, Quigley’s intervention explains that Australia has had its own misguided “Brexit” an exit from a future of true high-speed Broadband.

“To spend billions of dollars to build a major piece of national infrastructure that just about meets demand today, but doesn’t allow for any significant growth in that demand over the next 10 or 20 years is incredibly short sighted, Mr Quigley said.
“It is such a pity that so much time and effort has been spent on trying to discredit and destroy the original FTTP-based NBN plan. And equally a pity that the Coalition has put their faith in what has turned out to be a short-sighted, expensive and backward looking MTM plan based on copper.”

Labor has made a worthy and considered response on how to return to the original plan incrementally without, once more, loading the company – and ergo the taxpayer – up with countless billions on extra cost with its promise to double the amount of FTTP and review HFC cable sometime, possibly quite soon.

Interestingly, Quigley warns about the so-called fibre to the distribution point (or driveway) (FTTdP) technology as potentially false messiah, very much a coded criticism of the current NBN Co management, in fact.

“As far as I am aware, no Telco has yet undertaken a large-scale volume rollout of FTTdp. This is not a trivial technology to deploy and will come with its own startup and deployment issues,” he said.

Mr Quigley added that while it is “impossible to turn back the clock on the MTM it is still possible to make changes to the current direction, without introducing another major disruption. Changes that will get us closer to building the right network for the long term.”

“It is becoming increasingly obvious, especially to end customers, that an NBN based on FTTP is a much better network than an MTM based NBN – from every angle speed and capacity delivery, maintenance costs, reliability, longevity and upgrade costs.

“An FTTP network would be a much more valuable public asset and could generate greater cash flows for the Government due to the lower maintenance, higher revenues and almost no upgrade costs. And it would be vastly superior in driving growth through the wider economy.”

Should the government be returned on Saturday, Mr Turnbull, still very much the decider here, for the sake of both Australia’s competitiveness in a global economy made more volatile by that other Brexit (and for the sake of his own promised of idea booms and an Innovation Nation) should quietly make sure that Dr Switkowski, follow Quigley’s advice

But even in light of the naked self-interest that services politics, it would be a move that would help underpin the Coalition chances at a third term in The Lodge.

By anyone’s forecasts, by 2019 there will still be an awful lot of Australia’s sweating on decent broadband speeds and they will be much angrier than they are this time around.

School of hard knocks is in session