You know it’s been a good year when the launch of a $130 million Series A capital raise is still not considered your biggest news. That’s the kind of year that Silicon Quantum Computer is having.

It’s one of many milestones and achievements of the five-year-old tech firm which has lofty goals to completely revolutionise computing and, in turn, our everyday lives. It comes with a simple motto: “quantum computing for the betterment of humankind.”

Silicon Quantum Computing, which is led by 2018 Australian of the Year Professor Michelle Simmons, has been nominated in two categories of the 2022 InnovationAus Award for Excellence – for the Industry 4.0 award, and for the Manufacturing Innovation award.

The winners will be announced at a Black-Tie soiree at The Cutaway venue at Barangaroo on November 17. You can secure your seat – or book a table – at this event by clicking here.

Silicon Quantum Computing (SQC) is part of a global race to bring a large-scale quantum computer into commercial production and aims to do so within the next decade. 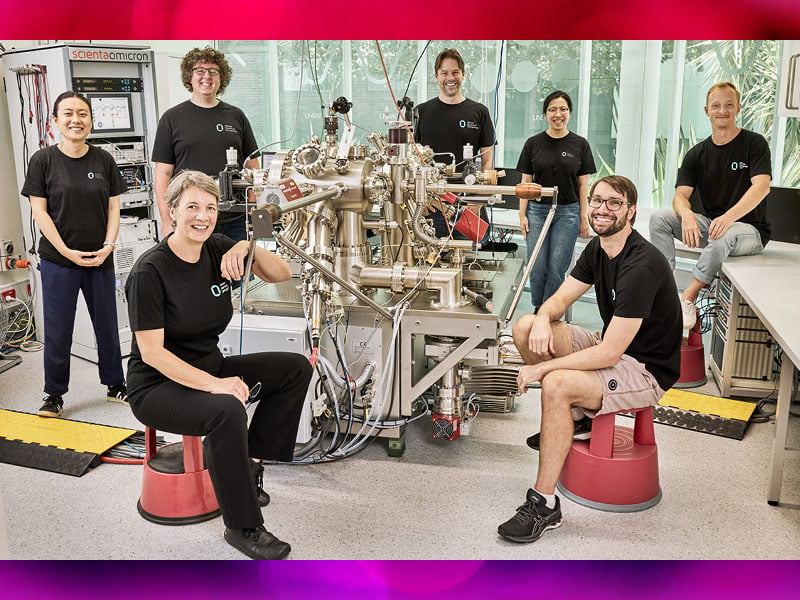 It was formed to commercialise foundational intellectual property from the Australian Centre of Excellence for Quantum Computation and Communications Technology, led by Professor Simmons and her colleagues Professor Sven Rogge, Andrew Dzurak and Andrea Morello.

In its short life, SQC has achieved many world firsts, including the fastest two qubit gate in silicon, the lowest noise silicon devices, the first to manufacture in 3D with atomic precision and the world’s first integrated circuit manufactured at the atomic scale.

When first embarking on quantum computing research, Professor Simmons decided to take a different approach to her rivals, working instead with atoms in silicon, the semiconductor used in manufacturing chips for 70 years.

SQC now has a team of globally recognised quantum scientists and engineers, along with business practitioners, developing and commercialising unique atomic quantum processors out of its headquarters in Sydney.

Professor Simmons, who is also the Scientia Professor of Quantum Physics at the University of NSW, formally took on the role of Silicon Quantum Computing CEO to undertake this process.

The company has focused heavily on R&D, leveraging off $150 million of infrastructure at UNSW Sydney and investing more than $15 million into specialist equipment and inputs, such as scanning tunnelling microscopes, dilution fridges and electron beam lithography systems.

Professor Simmons is driving the Australian quantum industry and has made active efforts to keep most of her company local.

“We realised when we set up the company that we wanted to control as much of the manufacturing and process here in Australia,” she said recently.

“When you’re developing hardware, you need to have the full supply chain here so you can develop it in-house.”