Adelaide-based space company Southern Launch has landed a near-$5 million federal government grant as part of the latest round of Modern Manufacturing Initiative funding, in which seven manufacturers shared $48 million.

Industry Minister Angus Taylor on Monday announced a series of grants under the second round of the Integration and Translation streams of the Modern Manufacturing Initiative (MMI), all going towards South Australian manufacturers.

The announcement is only a small portion of the $280 million in the Integration and Translation grants expected before the federal election in less than two weeks.

The Integration stream offers funding to companies looking to access domestic and global supply chains and produce and distribute products and services to new markets, while the Translation stream is for manufacturers looking to translate research and ideas into commercial outcomes.

As part of the second round, Southern Launch, local rocket manufacturer AT Space and RTI have received a $4.95 million grant to develop an Adelaide facility to accommodate and support increased R&D of sub-orbital rockets.

It will also go towards upgrading the RTI rocket testing facility in regional Queensland and developing the first stage of the Whalers Way space port in regional South Australia.

Southern Launch will also use the funding to attract foreign launch providers to Australia and grow the local supply chain. The company recently secured a partnership with a German rocket manufacturer to carry out its launches in South Australia. 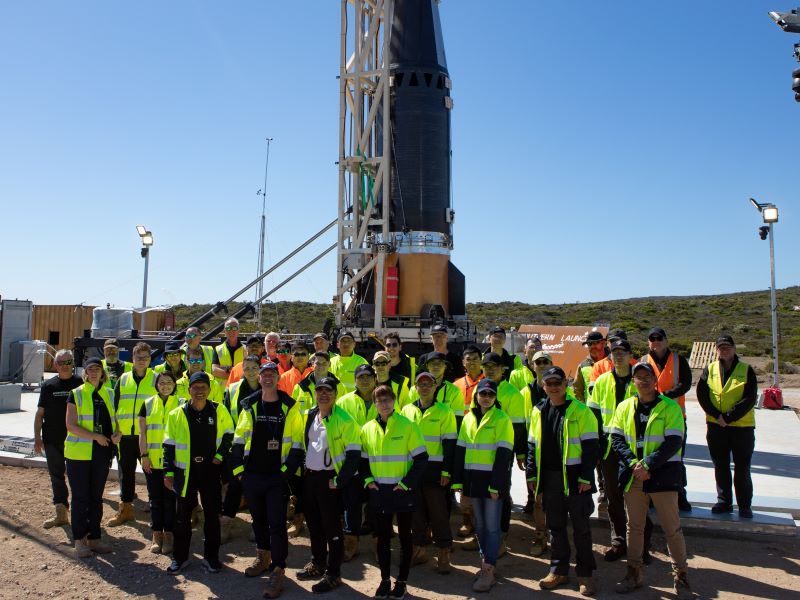 Southern Launch aims to deliver a vertically-integrated sovereign launch capability within two years, and is one of several Australian space companies to receive funding under the federal manufacturing grants scheme.

Inovor Technologies also received funding as part of the latest round, landing $1 million to expand its electronics test and integration labs and clean rooms so they can accommodate larger spacecraft.

Other recipients announced this week by Mr Taylor include Bickford’s Australia, which will receive $2.95 million to establish a new manufacturing facility to produce highly sensitive beverage products such as dairy and protein milk.

“We are backing these businesses to turn good ideas into commercial success stories and build critical capability for our future. Our $2.5 billion Modern Manufacturing Strategy is all about helping homegrown manufacturers break into new markets and turn innovative ideas into a reality.”

This round of MMI funding was fast-tracked by the Coalition late last year, with manufacturers given just one month over the Summer break to make the applications for a total of $280 million in funding.

The timing of the applications made it likely that the grant recipients would be revealed during the election campaign.

The announcement this week is the first from this round, meaning there is just under $230 million of it to still be revealed, likely before the 21 May election.

It’s not the first time South Australia has scored from the MMI, with $155 million in manufacturing grants tipped into companies in the state in the lead-up to the state election in March.

More than $600 million in these grants were announced in March alone, more than twice as much as in the previous year and a half.

The federal Opposition has raised concerns that these grants were deliberately delayed in order to “manufacture an electoral win”.