The Tech Policy Design Centre at the Australian National University has unveiled a beta version of its online policy design kit, which aims to improve the quality of interactions between public servants, politicians and the technology industry.

The Tech Policy Design Centre was set up in September last year to “develop fit-for-purpose tech policy frameworks” to help shape technology for the benefit of citizens, acknowledging that existing policy structures were struggling to keep up with innovation.

The beta version of the tech policy design toolkit was launched at a policy workshop of senior public servants, leaders from local and multinational tech companies, as well as academics and industry associations.

The beta launch included an initial three modules; the first on tech policy principles, the second on policy processes, and the third containing detailed but jargon-free “explainers” for policy-makers on tech subjects ranging from AI and quantum computing to semiconductors.

The Tech Policy Design Centre director Johanna Weaver said the design toolkit aimed to remove some of the frustration out of the fractious relationship between policymakers and the tech industry.

The design kit was meant to be a “common platform” that would deliver a foundational layer of language and understanding between both sides. The ultimate outcome would be better policy decisions that benefit everyone, she said.

“The main motivation for the design kit was that despite the rhetoric and the adversarial public nature of the relationship between tech companies and the government, what we have seen through our research is that there is a real appetite from both government and industry to do better on tech policy,” Ms Weaver told InnovationAus.com.

“And with a new government, there is an opportunity, clearly. They have prioritised this as an issue,” she said.

“So, the objective of the [Tech Policy] Design Kit is to put in place principles and processes, which have been co-designed through consultation with the industry and with government, and to provide us with a common foundation. And hopefully we will have a bit of a reset in the relationship.”

Helping to launch the design kit was the head of the federal Digital Technology Taskforce Michelle Dowdell and the chief executive of the Tech Council of Australia Kate Pounder.

Ms Weaver said there was a misunderstanding often from public servants about how technologies work and how that might impact the way a policy worked in practice. But at the same time, it was difficult for public servants to get information. 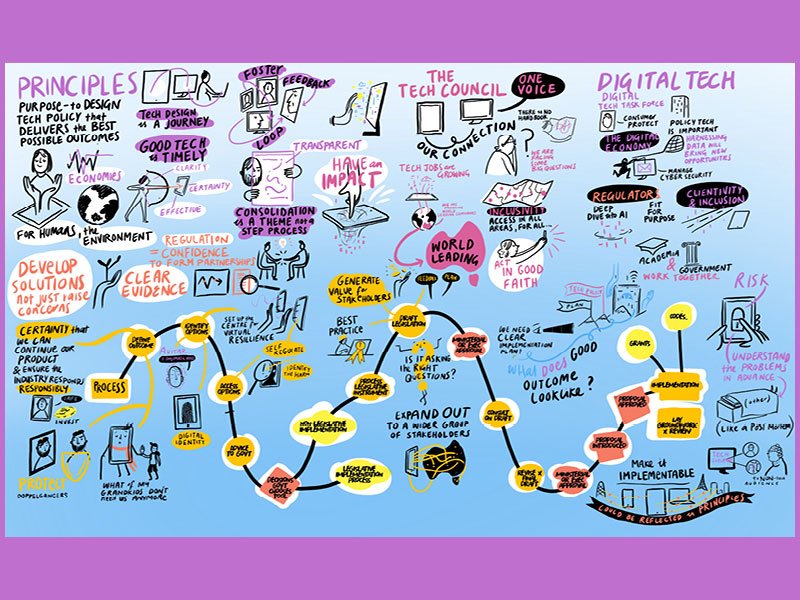 On the other side, she said industry sometimes did not get involved in the development of a particular policy until it had progressed so far that they end up “tweaking around the edges” rather than being able to have real input into the policy design.

“What the design kit is looking to do is actually address some of these common misperceptions and frustrations,” she said.

“The design kit is looking to say; ‘let’s get those conversations we have been having onto a common platform so that then we can move the conversation. We can start having much more nuanced discussions about issues of depth and that matter.”

One target audience for the tech policy design kit are the local technology firms that don’t have large government relations and public affairs teams to guide them on how to engage with process.

All modules of the design kit will be public available from the end of July.

Other modules that are currently being worked on include a ‘government index’, which is an accessible explanation of “who’s who” of the departments and agencies in the federal government and their role in tech policy issues.

“We also have a module on investment funding describing how the investment cycle works for an Australian company,” Ms Weaver said.

“And that has quite significant policy implications. So, understanding exactly how people actually secure money to grow tech companies in Australia will help to drive better tech policy in Australia.”