The NSW government and local tech management heavyweight David Thodey have hit back at a Murdoch press story that claimed the $190 million Jobs for NSW fund had led to just 413 new jobs being created.

A story in the Daily Telegraph this week said Jobs for NSW Fund had led to ‘drastically low results’ in that only 1058 new jobs had been created so far. Meanwhile the fund spent $10 million on staff, contractors and consultants, while handing out $23.7 million grants, loans and guarantees. Jobs for NSW Fund founding chief executive Karen Borg stepped down last month.

The NSW Labor opposition, which unearthed the numbers through a Freedom on Information request, described the fund as a ‘white elephant.’

Acting CEO of Jobs for NSW Geoff White hit back at the Daily Telegraph story calling it misleading.

“The claims made today are misleading – to suggest that investments like this generate jobs overnight is to completely misunderstand how business works,” said Mr White in a statement.

Mr Thodey is the chair of Jobs for NSW, and both a former managing director of IBM Australia and former chief executive of Telstra. He also chairs the CSIRO.

He said Jobs for NSW products and investments are about creating sustainable businesses and making sure the fund can become self-sustaining over time.

The Jobs for NSW fund replaced an earlier grants scheme where there was little accountability for the grants and where measuring value for money was difficult.

The aim of the new structure was to create “a more sustainable program”, Mr Thodey said in an interview with InnovationAus.com.

Part of the methodology in doing this was to set up a series of financial products that included straight out loans, loan guarantees and equity funding.

Mr Thodey said it was a ‘harsh’ to judge the fund’s performance given that some of the financial instruments for helping to create jobs were only launched last August.

“A number of these new [Jobs for NSW] financial products only came into the market last August, and we have continued to refine them. But it’s too early in the cycle to understand the impact [of these products]. We’ve got a growth plan out to 2021-22.”

An example was the equity program which is being run in partnership with First State Super and has yet to take an equity position in any company.

“This is a good, responsible use of taxpayers’ money,” Mr Thodey told InnovationAus.com.

“Our investments through Jobs for NSW were never intended to be short term sugar hits – they will take a few years to realise fully their job creation targets,” Mr Thodey said in a statement.

“Instead of using the $190 million to hand over cash in the form of one-off grants, the Board and team at Jobs for NSW have developed innovative products, services and investments that support startups and companies to create jobs over the long term, he said.

Other job creation initiatives that the fund is involved with include the Sydney Start Up Hub which will employ 2,500 people and a new industry precinct in Westmead in Sydney’s west.

The NSW Government had set an earlier target of creating 150,000 by 2019 and says that target has been ‘smashed’ with 246,000 created between April 2015 and January 2018 according to Australian Bureau of Statistics figures. 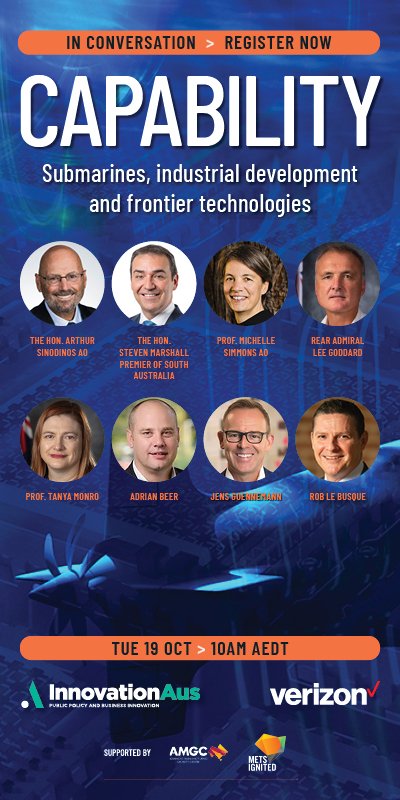