Since Telstra announced a $246 million impairment on its video startup investment Ooyala, views have ranged from the difficulty it reveals for Telstra shifting from a telephone to a technology company, or the problem of big companies having in-house venture funds.

Both arguments hinge upon a critical issue; the culture of a large organisation like Telstra and how it can or can’t adapt.

That makes it an interesting week for the launch of Grand Intentions, a novel by Australian academic Trevor Barr. As the cover blurb says the book is “inspired by real events” and takes as its substance “when change starts eating up the world faster than we can line up our defences.” 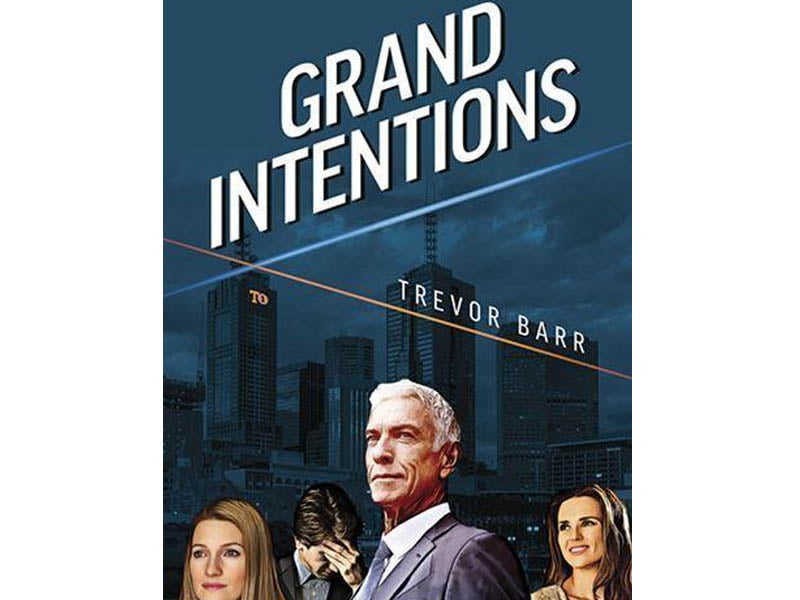 Novels based on real business events aren’t common; businesses are usually just the settings for novels, not their substance. There have been some management guides masquerading as novels. The series by Patrick Lencioni (which includes the excellent Death by Meeting) is one such case, as is Eli Goldratt’s novel on quality management The Goal.

Telecom Australia way back in 1989 even commissioned its own telco specific novel on quality, The Prelude.

But a creative work based on true events isn’t unusual. Shakespeare’s histories were based on historical events, but they all had application to Elizabethan England. Dickens, Gaskell and others used the novel to highlight the social problems of Britain as it industrialised.

It is this tradition to which Barr is aspiring; a commentary on modern affairs with the true events as a backdrop, not a corporate history.

The setting of the book is the adventures at Telco One, an Australian telecommunications provider that is just being privatised, and its new American CEO Clint Mason. The true events the book covers to this reader’s mind actually bridged events that occurred under two different American CEO’s at Telstra, first W. Frank Blount and then later Solomon Dennis Trujillo III.

The cultural battleground being fought is between a corporation only fixated on profit and the interests of staff and consumers; or, more explicitly, the staff whose task it is to care about consumers.

The events themselves are credible, even if there are occasional errors (for example, the book twice incorrectly refers to the migration from CDMA to 3G as a move from analogue to digital). Dialogue doesn’t jump from the pages as credible conversation, often it reads more the way argument would appear in a submission than in verbal combat.

That said, the description of the intent to manage the internal culture of the organisation certainly represents the polar views taken by protagonists.

The pity for Telstra is that there is almost no-one who can view its cultural journey from a sufficiently high perch to observe the real breadth of its change.

Just before I left the organisation in the mid-90s (after sixteen years) I was astounded by the arrogance of (what were then novel) externally hired managers who thought the skill they brought was experience of change.

This was an organisation that was created by the break-up of the Post Office in 1975, had created a whole new geographically focussed management model, and commenced in the early 80s dealing with its largest customers as commercial clients.

In the late 80s the organisation completely restructured to abolish state administrations and to structure on national customer segment divisions.

Those changes built the organisation that very successfully confronted the arrival of competition, demonstrating incredible agility with programs like the Strategic Partnership Agreements to secure large corporate customers, and the Foxtel joint venture with News to see off the threat of an HFC based competitor.

Yet in about 2005, I found myself sitting at a BCA dinner to hear someone at the table sounding off about the need for Telstra to move away from its public service culture. It turned out that person was a member of the Board of Telstra.

But while I’ve talked about some of the successes at Telstra, there were miserable failures. Not least of these were all Telstra’s international growth plans in the early 90s.

A part of that failure was a specification that Telstra needed to be the majority shareholder in any venture. Telstra didn’t realise that all it had to offer these ventures was money, not expertise, and so should not have been in control.

SingTel took its growth by taking stakes in developing companies in the region, a position it still holds (with the exception of its purchase of Optus).

Ultimately Telstra suffers from not being very self-aware. Its approach to innovation is a very good example.

Telstra used to have an excellent in-house research facility. That research facility developed real innovations for use in Telstra’s network – the Digital Radio Concentrator System that first delivered phones to our most remote regions being one.

In his book, Barr highlights that at the same time as his fictional CEO is claiming to be an innovator by deploying a 3G network, Telco One is closing its research facilities. Simply copying others (as Telstra did with the 850MHz 3G deployment) or buying the latest equipment from your vendors doesn’t make you innovative.

Being a venture capitalist means taking risks. You expect to lose as many as you win, so we shouldn’t overstate the case of Ooyala.

But your classical venture capitalist offers more than money; they offer the management expertise to take you from the advanced stages of a startup through to success as an operating company.

That management expertise isn’t what large corporations are made up of – what they know is structure, process and control.

Australia needs its large companies to be innovators. But we need them to develop the skills to be innovators within themselves. Investing Australian money in Silicon Valley is a mugs game.

For any Australian managers who want to think about the cultures of their organisations, about how to balance the interests of shareholders, customers and staff could start by reading Barr’s allegorical tale.

Diversity is key to Victorian success