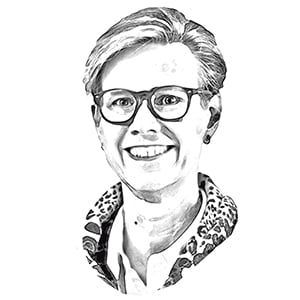 OPINION: The COVID-19 pandemic has led to a boom for tech companies, even in Australia, as working from home, isolation and lockdowns have driven increased digitalisation.

Given that — and the prospect of vaccine passports — it’s timely to consider why the federal government struggles with digital technology.

The struggle’s not just a recent phenomenon—indeed, it’s been evident since the establishment of the National Office for the Information Economy in 1997.

Across the years, a similar pattern repeats: vendors and consultants see glittering opportunities, retailing their services and products to ministers who believe their ambitions have been trammelled by bureaucratic inadequacies, while average citizens all too frequently experience a succession of digital under-achievement, including robodebt, myGov and COVIDSafe.

While Canberra needs to lift its game on digital technology, there are constraints specific — deliberately so — to democratic government.

Government generally takes on those services that are public goods or that are deemed worthy but are insufficiently profitable for provision by the private sector. That means government often holds the monopoly on those services – citizens have no choice as to who provides welfare, or taxation, for example.

Accordingly, government is held to higher levels of accountability than commercial operators. Checks and balances exist quite deliberately to limit and to hold officials and ministers — both public servants — to account. The Australian government needs to ensure digital technology not simply delivers better services but supports democratic norms and institutions as well.

To up its game, the federal government needs a better conceptual model of how technology fits with democratic government.

Technology is now core to the interaction between government and citizens. But internally it is seen primarily as a cost centre, or to support efficiency. Government is better at designing systems for its own interests than for the average member of the public – robodebt shows how things can easily go wrong.

Consequently, the social contract between citizens and government has been eroded. Government has become a major data collector; citizens increasingly subjected to decisions shaped by technologies of which they have limited awareness. Moreover, as civilian competence inside government shrinks, defence and national security concerns increasingly dominate, tipping the balance against transparency and liberty.

The relationship between citizens and government needs to be recast to suit a digital democracy. Government’s role should be that of steward, rather than controller, of citizen data.

And if serious about democracy, government should consider a bill of digital rights. Such a bill would place the citizen, the individual, fully at the centre of system design and operation, so that it reflects and protects their interests and needs – even against government itself.

Digital is not just about transactions, efficiencies, or the delivery of services. But accountability is fragmented and diffuse. There’s no vision or guidance for how existing or new technologies can be used to support individuals, strengthen democracy, or build national capability – let alone greater integration across government. Last budget, for example, offered a grab bag of initiatives, rather than a coherent strategy.

Then there is the question of effectiveness. The architecture of systems and data in government reflects the stove-piped structure of power within that government. Stovepipes are the products of policy inertia and competing power bases that heavily constrain the government’s ability to adopt a digital operating model.

Here lies the central reason for the government’s ineffectuality. The Digital Transformation Agency, for example, was expected to fit somewhere within the existing jealously guarded rooms of government portfolios and convention-bound practice and yet, somehow, from a position of structural weakness, change how the government operates.

It need not be this way. An alternative, as we’ve seen in NSW, is to have a tech-savvy minister with the right remit focussed on building a base for citizen interaction. Or appoint a senior minister prepared to stick it out, with their own bureaucratic capability and a clear mandate to address the underlying infrastructure, commodity and whole-of-government applications, architecture, and capability.

The latter could provide departments and agencies with the secure, cloud-based infrastructure needed to build applications for operational needs and sandboxes for innovation. Critically, they would need the authority to reduce complexity as best possible, constrain legacy applications, implement security and privacy by design, and limit the proliferation of citizen data.

Regardless of approach, there is a need to build a raft of deep expertise within the public service, not a sprinkling of digital skills. Government needs that expertise to understand emerging technologies, make smart decisions, avoid vendor capture, and manage bespoke systems. It needs it too for reasons of democratic good, market failure and national sovereignty.

And then there’s the tedious business of weeding and pruning. Shutting down systems and managing legacy are thankless but necessary tasks; failing to do so will always cripple ambitions. Standardisation and consolidation may yield some savings, but a balanced ecosystem is more important. A mix of internal capability, a sufficient diversity of technologies, and a leading edge of innovation will help ensure resilience, sovereignty, and integrity while minimising rent-seeking.

None of these comprise the “quick wins” sought by politicians. As Machiavelli warns, “there is nothing more difficult to take in hand, more perilous to conduct, or more uncertain in its success, than to take the lead in the introduction of a new order of things”. Still, these are necessary tasks for any government serious about digital technology and retaining democracy in a world of technological competition.

Dr Lesley Seebeck is an Honorary Professor at the Australian National University and the former chief executive of the ANU Cyber Institute. She has worked in senior roles across government including as Chief Investment and Advisory Officer at the Digital Transformation Agency.