The federal government released its Digital Economy Strategy 2030 in May this year, declaring a vision that Australia would be “a leading digital economy and society by 2030”.

We’ve been here before. In 2011, the Labor Government released its National Digital Economy Strategy, with then-Minister for Broadband, Communications and the Digital Economy, Stephen Conroy, proclaiming “The government is committed to ensuring that by 2020 as the physical build of the [National Broadband Network] will be nearing completion, Australia is one of the world’s leading digital economies.” 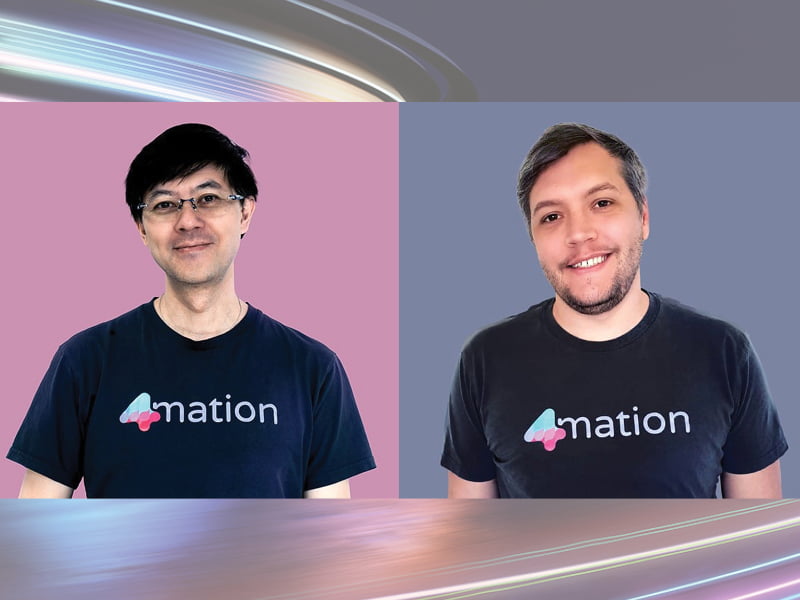 The current government admits we are not doing too well on that score, in one measure at least. The website of its own Digital Skills Organisation says: “Australia is ranked 40th in the world for digital skills, the sector that will be driving forward growth globally.”

4mation head of strategy, Edward Wong, says successive federal governments have failed to lead the way in Australia’s digital strategy. There hasn’t been enough attention on enabling businesses to scale through digital technologies, he says, and we haven’t seen enough focus on what’s going to help them stay competitive in the future.

At least we now have a strategy, but 4mation head of delivery, Ivan Engelbrecht, says it misses the mark.

“The focus is on technologies like artificial intelligence (AI), cybersecurity and drones. But a lot of Australian companies already know this. They are already investing in AI, or thinking about cybersecurity, and drones are not going to work for everybody. There isn’t a large enough focus to invest in global digital industries that could rake in money from anywhere across the world, as opposed to just in Australia, to help boost the economy. A greater focus should be on helping Australian businesses simplify their online user experience and buyer’s journey. If your platform or online service is overly complex or difficult to navigate, it will be hard for your business to stay competitive.”

Mr Wong adds, “The fact that they’ve homed in on those specific areas implies they’re going to be growing our capability in those specific areas, which means pretty much the vast majority of Australia will miss out, but on the other hand, they’re saying that they want to help the entire country.”

Mr Engelbrecht says, “There should be a larger focus on investing in global digital industries that could rake in money from anywhere across the world, as opposed to just in Australia, to help boost the economy.”

“It’s mentioned in the strategy. It says, ‘gaming sector talent has transferable digital capabilities that Australia could apply to a range of sectors, including defence, health, education and construction.’ I completely agree. The skills required to do game development are really high. But it’s a very small part of the overall strategy, despite the fact that it’s a rapidly growing market. Despite the fact that we need more skills, it’s strange it is such a small part of the strategy.”

“There is much focus on things like cybersecurity and AI, but what we should be looking at is how to use technology to enable people to do their jobs more efficiently at higher quality with less effort, so they can retain their day jobs or transfer to new jobs that don’t require enormous reskilling and upskilling.”

Mr Engelbrecht adds, “It’s about shifting people’s ability to focus on important things and letting the technology deal with the monotonous, the processes that can be automated and the numbers that can be crunched.”

On a more positive note, Mr Wong says the strategy is right to identify the foundation for growth as being investment in education and to set a vision in which, by 2030, every Australian business is a digital business. “It’s amazing to see something like that, and if it happens we will have caught up to all our regional partners who right now are way ahead of us.”

Meanwhile, Mr Engelbrecht says a lot of Australian businesses are being slow to adopt and realise the benefits of digital technologies.

“COVID and lockdowns really highlighted that one of the main problems is the inability for businesses to be digital and online, but it’s a symptom of a deeper problem: the inability to understand the importance of being digital and being ready for the transformations that are already happening. The strategy of a lot of companies was to buckle down and cut costs, but a better way would have been to adapt, and digitise their processes.”

While it might seem that many businesses have adapted, enabling customers to access them online, Mr Engelbrecht says this is not the case.

“As much as we think a lot of businesses have this figured out, the largest percentage I’ve come across haven’t. They have a lot of backend manual processes that require people to be in the office.”

Mr Wong says many businesses might have put in place some digitisation initiatives, but these are one-off projects and are not sufficient; there needs to be a continuous process of digitisation.

“Once you create a solution, everyone else has one too, so if they’re innovating on that solution, then you’re going to be left behind unless you do the same thing. The whole process of businesses moving to digital means they’re moving to the cloud, they’re investing in software-as-a-service (SaaS) platforms, and they’re building experiences for mobile devices. You have to keep working on those things in order to compete,” he says.

“That’s one of the things they just don’t realise when they come to us. There needs to be a mind shift away from buying a bit of hardware to do whatever the job is and not needing to spend any more money for five years. It’s not like that at all.”

Another “digital error” Mr Wong sees many companies making is simply digitising a process without exploiting the potential of digital technology to redesign and improve it.

“People need to look how they streamline their business. So they’re not just doing a direct translation of the manual process onto the web. There’s not a huge amount of benefit in doing that.”

Also, he says, many are yet to grasp the full potential of cloud-based SaaS applications.

“You can leverage SaaS platforms to rapidly decrease the amount of investment and get ahead of competitors. There are SaaS platforms now for pretty much anything you can think of: invoicing, digital signing, generating 3D models. All those used to cost hundreds of thousand, or even millions of dollars to build.”

For small businesses that today might not be very digitally savvy, Mr Engelbrecht says there is no shortage of resources.

“You need someone to guide you, a partner, or the skill sets within your company. But for small and up-and-coming companies that don’t have the resources, there’s much knowledge and information out there. You can simply go to YouTube and learn so much if you just put in the effort.”

Small business represents a significant part of the Australian economy, but Mr Wong says not much attention is paid in the government digital strategy to building their digital competency.

“There’s a lot of future focus stuff, the benefit from which we won’t see until maybe 10 years from now, but there doesn’t seem to be a lot of substance in there about supporting or growing businesses from now until 2030,” he says.

“The strategy does try and cover Australia’s long-term vision, but how do we help businesses now? What can we do to give businesses short-term results? What incentives can the government provide businesses to invest in digital in the next twelve months, rather than the next ten years?”

This article is part of 4mation’s sponsored partnership with InnovationAus.com to celebrate its 20th anniversary. An interactive timeline of the company’s achievements can be viewed here.