“We can rebuild him. We have the technology.” was a well-known phrase in the 1970s. It came from long-running US TV series The Six Million Dollar Man, about fictional astronaut Steve Austin – “a man barely alive” – who was rebuilt after his experimental aircraft crashed. His right arm, both legs and left eye were replaced with bionic implants that enhanced his strength, speed and vision far above human norms.

That was 1970s science fiction. But like many features of that era, it is becoming 2020s science fact. Bionic limbs, feet and hands are well-established products and movement triggered by thoughts alone is no longer a “sci-fi” daydream, but a real-world race to deliver a global breakthrough. 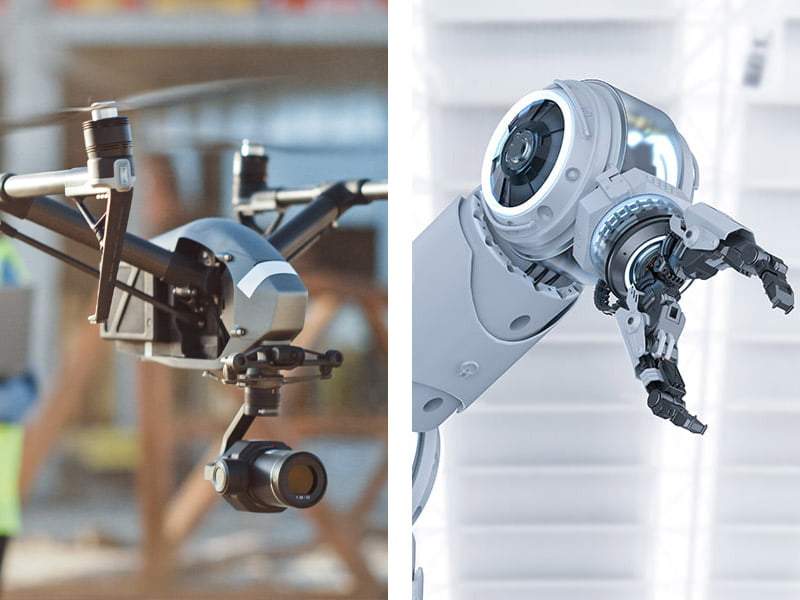 For many people living with disabilities, bionics, new and emerging, are a “must-have” – costly to buy but vital to life itself. Among those without a disability, human-machine interfaces also intrigue and excite … but for very different reasons. For some, the moment of “singularity” — when humans and robots merge — can’t come fast enough.

“Bionics, robotics and drone technologies are the cutting edge of ethics because they involve the human body. They could also be a matter of life or death for some and deliver a ‘new normal’ in health, mobility and wellbeing for many others.

“If we don’t create and refine these technologies now, we’re never going to be able to take part in ethical conversations about what’s right and what’s wrong.”

For Dr Dimity Dornan AO, who founded Hear and Say some 30 years ago to “train the brain” to learn to hear and speak using the bionic ear or cochlear implant, the breakthroughs in human bionics we will witness tomorrow, next year and in the next decade are astounding.

“We have already seen new replacement ears developed for children born with microtia [a birth defect where the outer ear is not fully developed] and the world’s first biocompatible skull successfully implanted right here in Australia,” she said.

“Bionic implants and organs sit at the doorway of regenerative medicine with an array of implants set to merge seamlessly with our biology in the decades ahead. We are also seeing ‘electroceuticals’ [electric stimulation treatments] that may well replace pharmaceuticals in treating a range of diseases.”

Dr Dornan will be speaking at the World of Drones and Robotics Congress 2021 in November, along with Professor Ball, Professor David Lloyd from Griffith University and Max Ortiz Catalan, Professor of Bionics at the Chalmers University of Technology in Sweden.

Professor Ortiz Catalan will reveal another way reality is catching up with the science fiction of the Six Million Dollar Man. He will talk about the first artificial arm that integrates directly into bone, nerves and muscles, and he plans to implement the first artificial leg in a human patient next year.

“We have used bioelectric signals to operate prosthetic arms since the 70s, but the control is limited to opening and closing the hand,” he said. “The way we do amputations hasn’t really changed for centuries, but by reconstructing the body we can obtain more signals to control every finger of a hand.”

Today, Prof Ortiz Catalan explained, the best prosthetic legs use computer processors to translate the wearer’s movement of the body into a walking motion, but do not receive any neural command.

He foresees a revolution in amputation surgery on the horizon. “Many of the technologies currently being researched will hopefully become widely available and transform the way amputations are done.

“The options for patients with limb loss, spinal cord injuries and sensory motor impairments will be much greater in five years’ time. There’ll be far more reconstruction than simply chopping the limb off.”

Professor Ortiz Catalan will be speaking in a panel session at November’s congress – Human Bionics: Where Robotics Meets Biology, where he will be joined by Bionics Queensland CEO Dr Robyn Stokes.

Dr Stokes said the panel will discuss potential breakthroughs in bionics over the next 25 years and the growing fusion of bionics, robotics and drones. She sees artificial intelligence playing an increased role in this interface, citing the example of an artificial intelligence-enabled pancreas that will change the lives of people living with brittle diabetes, producing very large swings in blood glucose levels, in a few short years.

“The artificial intelligence in this solution, invented by Brisbane mathematician Dr Nigel Greenwood, will give people who experience wildly fluctuating [blood glucose levels] a genuine precision medicine solution,” she said. “The person could have a mobile phone or iPad app that tells them the exact dose needed at a particular time, or they could have a micro-pulsed delivery solution implanted. It will be all about choice.”

Ultimately, Dr Stokes said, the availability of life-changing medical bionics will be determined less by technology than by funding.

This story was produced as part of a media partnership between InnovationAus.com and the World of Drones and Robotics Congress to be held in Brisbane Convention and Exhibition Centre on 15-16 November 2021.