Domestic capability in the space sector has taken great strides in recent years on the back of greatly increased national investment in the industry.

The aerospace startup ecosystem is booming in this country, from launch companies boasting Australian designed and manufactured rockets, to nano-satellite makers with ambitions for global constellations of satellites. 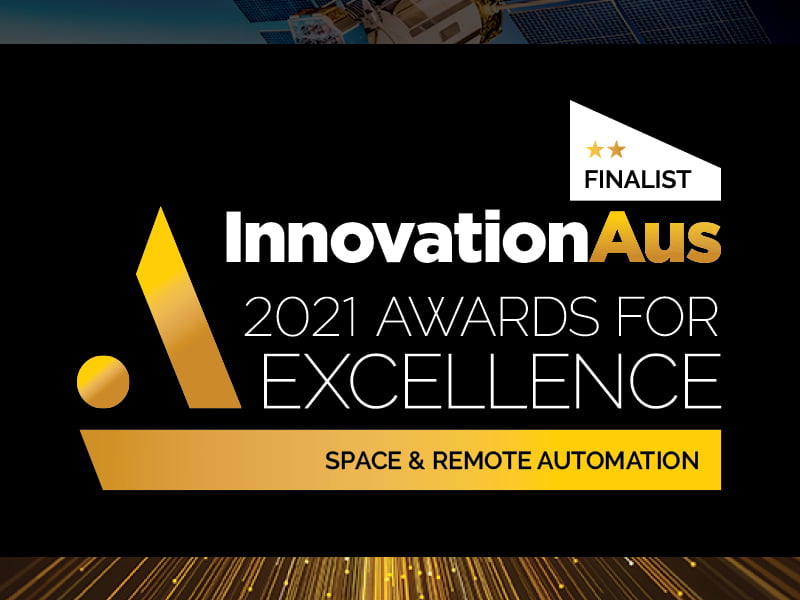 The 2021 InnovationAus Space and Remote Automation award is sponsored by Microsoft and celebrates the most ambitious entrepreneurs in the space sector and ancillary remote automation technologies.

A new Aussie company overcoming the communication challenges of satellite ground systems named after the brightest objects in the universe and a Queensland rocket startup that develops low-cost launch vehicles are among the finalists of this award category.

“We are delighted to sponsor [the] InnovationAus Space award category. Space is the next centre of gravity for data,” said Lynn McDonald, Azure Space Lead at Microsoft Australia.

“Microsoft is developing the tools and capabilities that allow any organisation to rapidly gather data from space, gain unique insights, and achieve more,” Ms McDonald said.

“Building on our trusted cloud, productivity, data and development platforms, Microsoft is expanding its mission to empower every person and organisation on the planet by democratising space.”

The category finalists are:

The InnovationAus 2021 Awards for Excellence will be presented at a gala black-tie dinner held on Wednesday, December 1, at the Overseas Passenger Terminal in Sydney. You can book your tickets at the Awards website. For further enquiries, please email Awards@InnovationAus.com

Gilmour Space Technologies is an Australian company on a mission to become a global provider of affordable and reliable satellite launches to low earth orbits (LEO) and beyond. The company is commercialising proprietary hybrid propulsion technology and will develop, manufacture, and launch Australian-built rockets and satellites to orbit from Australia. The core of Gilmour Space’s innovation is an orbital-class hybrid propulsion engine that has been proven to overcome major performance issues for hybrid rockets. As the largest sovereign space manufacturer, Gilmour Space is helping to build new space supply chains.

Hypersonix Launch Systems is a forward-thinking aerospace engineering design and build company that specialises in scramjets and hypersonic launch systems. This company is addressing a growing global issue: mass pollution in the Earth’s atmosphere caused by the aviation and rocket launch market. Hypersonix’s technology disrupts the aerospace industry with focus on high-speed aviation and small satellite launch at zero CO2 emissions. The patented scramjet engines are oxygen-breathing giving, them a massive weight advantage compared to counterparts and rely on fuel that is sourced sustainably by renewable energy, thereby reducing carbon emissions.

Quasar Satellite Technologies is an Australian company focused on providing a world-leading ground station service for satellite operators and users around the world. Based on proprietary technology developed by CSIRO, Quasar creates ground stations capable of communicating with hundreds of satellites simultaneously. The technology breakthrough – pioneered by the same team that enabled the world to connect without wires using fast WiFi – is set to revolutionise the US$130 billion satellite ground communications market.