Sydney-based tech company Ai-Media has won the Creative Tech category at the InnovationAus 2022 Awards for Excellence for its pioneering innovations focusing on improving accessibility.

The Creative Tech category celebrated the intersection of technology with the arts, design, media, entertainment, music, games and education, one that is growing rapidly in Australia.

Ai-Media landed the award in this category for its live captioning and translation services for event accessibility. 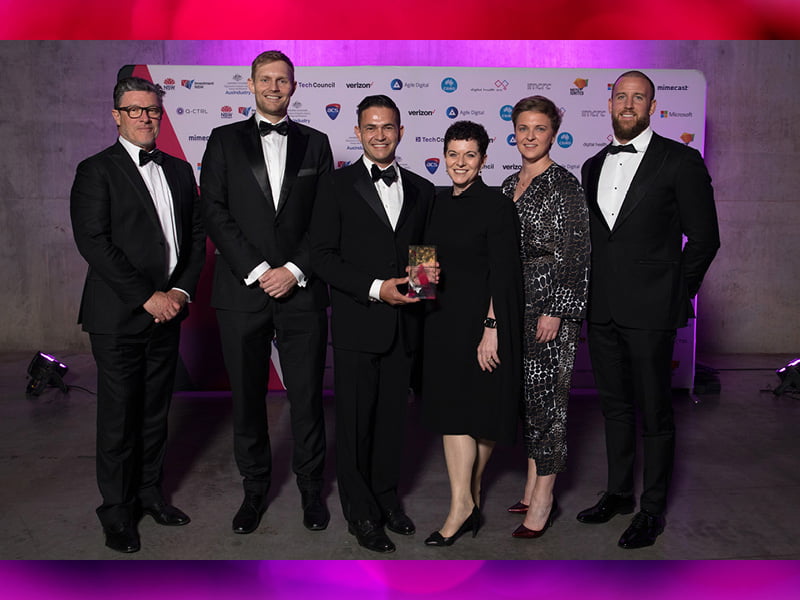 Spurred by its co-founder Alex Jones’ experiences of growing up after being born deaf and being unable to access the same things as his friends, the company provides live captioning for a range of events and services.

It boils down to a simple concept: that in any meeting, anyone can press a button and have automatic captioning and transcripts appear before them immediately, in real-time. It does this through offering both the hardware and software side of the speech-to-text equation.

said it the award was recognition of a 20 year journey but it is the impact of its technology that gives the most satisfaction.

“12 years ago, we launched our very first trial – live captioning in the classroom,” Mr Jones said.

“We had a student whose previous high ambition was to be a hairdresser because she didn’t think anything else would be available. She took the captioning and ran with it and graduated from the University of Technology with a communications degree  and is now a marketing executive for a tech company.

Ai-Media was founded nearly 20 years ago, and has continually developed its technology in the time since. Its captioning and transcription products are now driven by artificial intelligence technology working in tandem with its human employees.

The company listed on the ASX in 2020 and has global patents for its many products. Nearly three-quarters of its sales come from outside of Australia, and it now has sales teams located in major markets around the world.

Ai-Media’s automatic captioning product, Lexi, now delivers over 7 million minutes of captioning per month, and is growing at a rate of more than 100 percent. The company has landed a number of significant deals recently, including with Google and NBC’s Peacock for its coverage of the Tokyo Olympics.

The tech firm’s other clients include Zoom, Microsoft, Discovery, ESPN, Fox and NBC.

Brisbane company Holovision was highly commended in the category for its Metaverse of construction product, offering cutting-edge 3D spatial and design solutions.