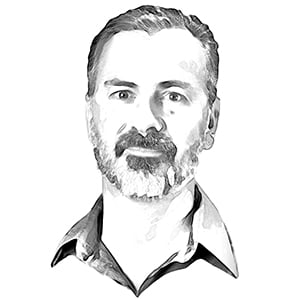 Australia is staring down the barrel of threats posed by climate-related natural disasters that – as evidenced by the 2022 floods in NSW and Queensland – we are just not ready for.

The 2022 NSW Flood Inquiry report released last week outlines 28 recommendations that largely seek to improve how the state responds to flooding events. But we cannot just be reactive. Now is the time to invest in resilience, while we help communities respond to these disastrous events.

By doing so, we not only strengthen our communities, environment and economy, we also capitalise on new exportable innovation domains ranging from earth observation and spatial intelligence, machine learning, robotics, new materials and even new financial instruments like parametric insurance. The Firetech market is worth an estimated US$32 billion per year in the US alone.

CSIRO research found that extreme fire weather days in Australia increased by 56 per cent over the last four decades. The Australian Bureau of Meteorology now says there is a 70 per cent chance of a third consecutive La Nina season, bringing the prospect of further floods along the East Coast next year.

The government, emergency services, NGOs and impacted communities are in a constant cycle of responding to events, each with a long tail of devastation. It is becoming economically unsustainable and leaving people’s lives, businesses and properties at serious risk to future events.

We need to shift our focus from response and recovery to a continuum of response, recovery including building back stronger as well as resilience and preparedness.

To put this into perspective, in Australia, the average annual cost of natural disasters is currently estimated at $38 billion. This is expected to double to $73 billion by 2060.

A $2 billion investment in resilience over five years could return over $19 billion by 2050 through reduced financial, health, and social costs for households and government.

But the NSW Flood Inquiry report, despite being a strong evidence-based body of work, places concerningly low emphasis on resilience and preparedness. The transitioning of Resilience NSW to Recovery NSW – with a narrow focus on the first 100 days after a disaster – is an alarming step backwards for the state.

Australia already has a significant imbalance when it comes to disaster spending. According to a 2014 Productivity Community report on Natural Disaster Funding arrangements, 97 per cent of funding is spent on response and recovery with just 3 per cent on mitigation. This needs to change to be more like one third each across response, recovery and resilience.

Natural threats deserve the same level of attention as national security. Every year Australia spends around 2 per cent of its total economic output on Defense, a figure approaching $50 billion, to protect against existential threats we hope will never materialise.

Yet we seem unable or unwilling to invest in non-partisan, long term ways to address an existential threats that shows up with 100 per cent certainty every year. This year these natural threats impacted an estimated 10 million Australians.

We do not wait for geopolitical tensions to boil over before we start building our military might. Nor should we wait for natural threats to inundate us before we take preventative action. Disaster funding needs to be more equitably spread across the response, recovery, and resilience phases.

There is growing recognition of the importance of hard-wiring resilience into our culture, and there’s important work already happening through emergency services, community organisations and NGOs (Non-Government Organisations).

What we are missing is the coordination and the joining up of all these activities, to drive faster scale and larger outcomes at a community level, with communities at the heart of it all.

The NSW Flood Inquiry’s recommendation to support community first responder volunteerism through grants should be applauded, but volunteers focused on first response during an event are only part of the solution.

This is the gap that the Australian Resilience Corps (The Corps), a new national volunteer network, addresses. Established by the Minderoo Foundation and founding partner NRMA Insurance, The Corps is a network of volunteers, NGOs, communities, and corporates, determined to reduce the devastation caused by natural threats across Australia by supporting communities with preparedness activities before an event occurs, in the off season.

With calls for the country to be less reliant on the Australian Defence Force when it comes to natural disasters, it is more important than ever to have an on-call resource of disaster resilience volunteers to help prepare the country for natural threats before they occur.

This includes the next generation of volunteers, as our current volunteer forces age and get stretched in the response and recovery phases. It also includes building the pool of available volunteers versus taking them away from organisations like RFS and SES.

We can tap into corporate volunteering hours – only just over half of which are utilised – to support our most at risk communities with resilience volunteering.

This is a key focus of The Corps. That’s a societal win, but a more resilient nation is also good business for corporate Australia and will help us continue to attract the $4.1 trillion of foreign investment our economy benefits from today.

If communities are more prepared, it is less likely we will see devastation on the same scale as the East Coast floods and Black Summer bushfires, requiring military intervention. Parts of the country currently uninsurable, could become insurable. With insurance, comes the ability to secure credit, necessary for economic expansion of our regional industries including the agriculture sector.

All levels of government need to come together and recognise the power of resilience-based volunteer efforts at national scale, putting communities at the heart of planning in advance, and tapping underutilised corporate volunteering hours.

This is an opportunity to complement the work of indispensable organisations such as the State Emergency Service, Rural Fire Service, Australian Defence Force and existing volunteer operations.

It may be hard to spare a thought for resilience and preparedness, when many flood-affected communities are still in the recovery phase. However, sowing the seeds of resilience now will mean communities can bounce back stronger from the next disaster.

Extreme weather events may be on the rise, but if we can muster together as a country and create a culture of resilience and adaptation to a changing, challenging climate, then we stand a fighting chance to reduce the harm caused by natural threats across Australia.

All while creating new export opportunities for our science and technology innovators, turning our current disadvantages into global advantage.

On economic summitry and industrial transformation