CSIRO has secured the largest government contract to date from the Defence Innovation Hub to develop advanced respiratory protective equipment for the Australian Defence Force.

The respirator technology was developed by the agency in partnership with manufacturers and university researchers, and uses metal organic material rather than carbon based absorbent material to provide protection against a broader range of chemical, biological, radiological and nuclear contaminants. 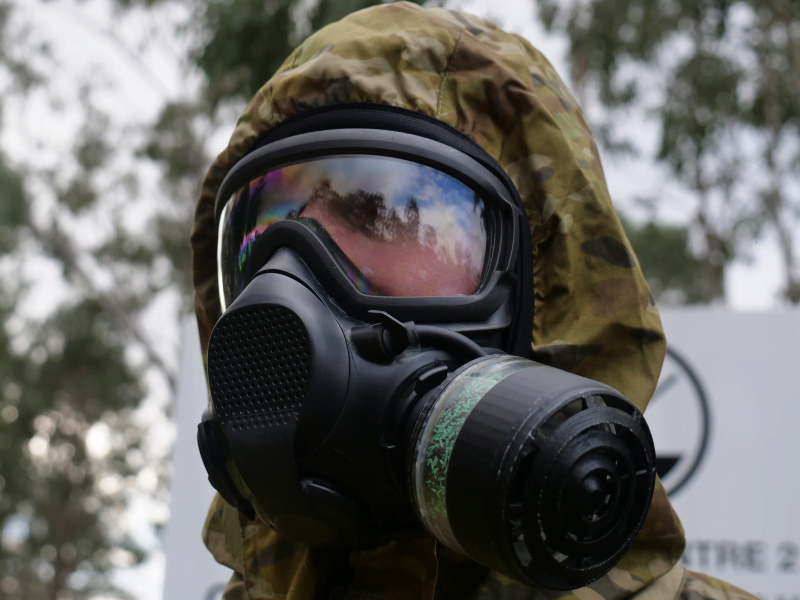 Announced Tuesday by the federal government, the $8.6 million contract is the largest so far from the Defence Innovation Hub program, a flagship government program designed to enhance defence technologies and grow the local industry.

Under the deal, the national science agency will continue developing the respirators to a commercial level in partnership with Monash University and two small to medium-sized enterprises.

CSIRO has developed a cost-effective manufacturing process for nano-fibres, which can act as particle filters. The porous material used in the respirator technology is able to adsorb toxic industrial chemicals and other hazardous gases before affecting the wearer.

The device provides protection from chemical, biological, and radiological agents to Defence personnel and first responders.

EPE, the lead commercial partner on this project, also develops capabilities for law enforcement and emergency services as well as to government agencies across the Asia Pacific region. It is responsible for manufacturing the canisters, while Monash University will provide engineering support on the internal canister components.

CSIRO chief executive Dr Larry Marshall said that using local innovation to protect the Australian Defence Force is a critical a critical part of keeping Australia and the region secure.

“We are using science to create real-world solutions, working with Australian industry to build sovereign capability and turn brilliant ideas into something ground-breaking to protect our troops. We are aiming to develop a respirator that will be the most capable in the world,” Dr Marshall said.

This technology was previously a finalist for the 2019 edition of the Defence, Science and Technology Eureka Prize for Outstanding Science in Safeguarding Australia.

Boron Molecular chief executive Dr Oliver Hutt said the company has “worked with CSIRO for many years on various projects, but it’s particularly rewarding to be involved in the development of a technology that will help keep our military safe”.

The Defence Innovation Hub launched in 2016 to invest $640 million over the decade into maturing and further developing Defence technologies that have moved from early science stages into the engineering and development.

An independent review of the Defence Innovation Hub was undertaken at the end of last year however it has yet to be released publicly. The review was led by former Rio Tinto Australia managing director David Peever. A Defence spokesperson confirmed in April that the review was with the government for consideration.

A breakdown of the outcomes of the Defence Innovation Hub and its predecessor the Defence’s Capability and Technology Demonstrator program was provided in March. This indicated that seven per cent of projects funded under these programs have been close to acquisition by the Australian Defence forces in the last six years.