Treasurer Jim Chalmers has defended the restrained spending in his first Budget, saying it was limited by the need to contain inflation and his predecessor’s failure to build economic resilience. 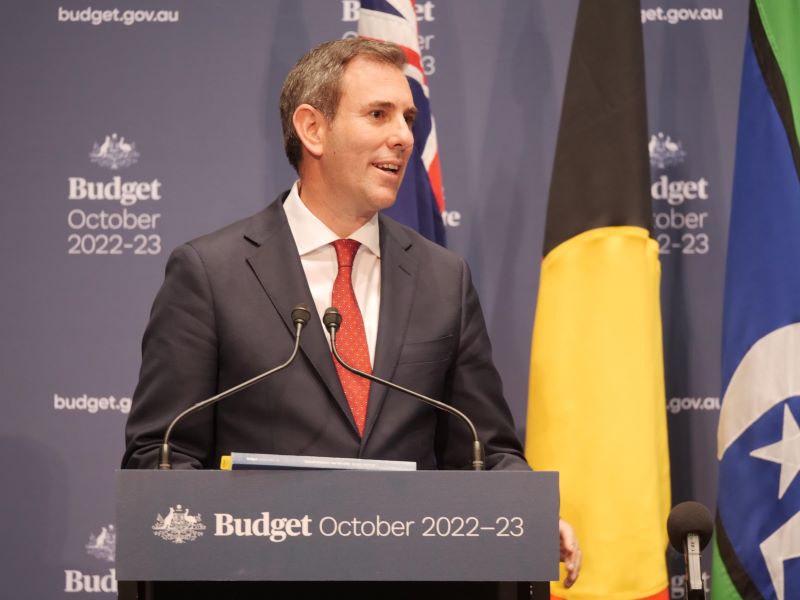 The Budget poured $7 billion into targeted cost-of-living measures while some of the savings went to Labor’s election commitments for TAFE and university places, NBN upgrades and investing in manufacturing, clean energy and emerging tech.

But faced with rising inflation and the rising costs of servicing a near-trillion-dollar debt, Tuesday’s Budget was an exercise in restraint so as not to add to the “dragon” of inflation, Mr Chalmers said.

“At a time of rapidly rising interest rates, we were not prepared to do something that might have made a nice splash on Budget day, but would ultimately be counterproductive to tackling the inflation challenge,” he said at an address in Parliament’s Great Hall on Wednesday.

The same tactic was applied to economic measures, with the Treasurer criticising the “low-skill, low-productivity, low-wage reality” he inherited from the Coalition.

He said Labor had used its limited resources to invest in “the capabilities of our people and the capacity of the economy”.

“Making sure more people can get a trade or other vocational training – because the jobs are there, and more are coming, but the skilled workers aren’t. Getting our energy market firmed up, and driving investment in cleaner and cheaper and more reliable forms of power,” Mr Chalmers said.

“It’s about finding a place for modern manufacturing in our country, and adding value to global supply chains instead of just waiting at the end of them. Building on the things we know are good for a modern economy – like a better NBN.

“And I think, really above all else, greater equality, greater recognition and greater participation for women.”

The largest industry investments through a $15 billion National Reconstruction Fund won’t start until next financial year at the earliest. The establishment funding and the need for legislation suggests it could be several years before the NRF is up and running.

“Spending restraint… is absolutely crucial. The easiest thing in the world is to get temporary boost to revenue and turn it into a permanent spending commitment. That’s been happening since Howard and Costello and we were determined to avoid that,” Mr Chalmers said.

Offshore data collection to be subject to Privacy Act