Artificial intelligence and open-source data platform EPIWATCH has won the prestigious People’s Choice award at the InnovationAus 2022 Awards for Excellence for its efforts to prevent the next pandemic.

The People’s Choice award was voted for online, with all 38 finalists across the 11 categories eligible for entry. These finalists were selected by a panel of eminent judges, from businesses, government, startups and academia.

“It’s been a lot of work and a lot of effort from a fantastic team,” said the company’s epidemiology team leader Ashley Quigley. “We’re just really excited that the people have recognised our importance and value and contribution. So it’s really exciting.” 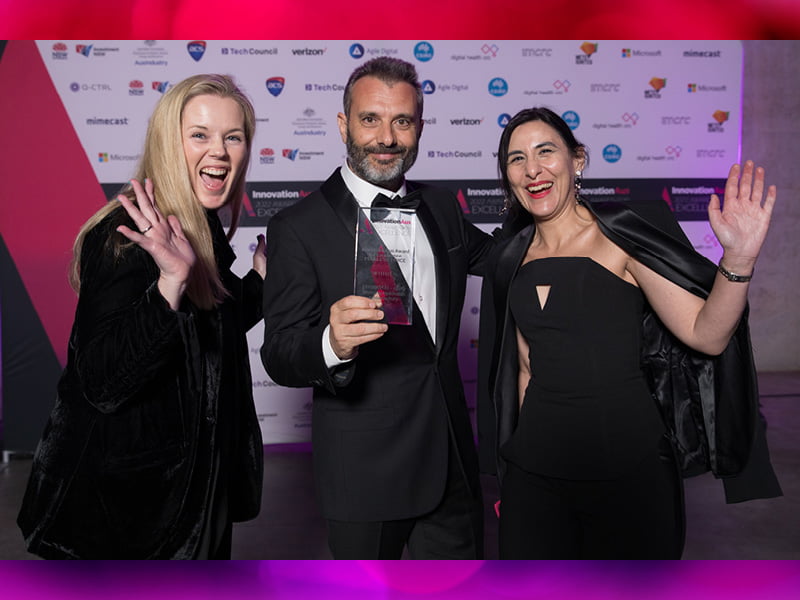 The company offers a rapid epidemic intelligence and early warning observatory that monitors a huge swathe of data generated around the world 24-7 through its artificial intelligence-driven data collection.

The sources for this data include news casts, social platforms and medical reporting across 42 global languages, with more set to be added. It also harvests data from a vast array of uncurated, open-source global data, including social media and news report, which include the concerns and discussions of the community.

EPIWATCH does this by using algorithms, machine learning and artificial intelligence technology to analyse this data and reveal potential early warning signs of an epidemic, which could lead to a pandemic.

The platform was developed under a National Health and Medical Research Council Centre of Excellence program from 2016 to 2022, and has been supported by published research showing its early warning capability.

“This started as a student project, in2016 and now look where we’re at. We’re at a team of over 40 and we’re really making a difference,” Ms Quigley said.

“The kind of work and the contribution we’re making is really important and so we’re very driven to take it to the next level.”

The people behind EPIWATCH want it to be the centre of epidemic intelligence for global decision-makers in order to prevent the next pandemic.

The company also landed a $5.3 million gift from a major crypto co-founder earlier this year, and has also received a grant from the Medical Research Future Fund.