Newcastle-based company MGA Thermal has won the Translation Hero award at the InnovationAus 2022 Awards for Excellence for its use of research to revolutionise renewable energy systems.

The Translation Hero category celebrated commercialisation success stories, shining a spotlight on Australian companies or individuals which have shown excellence in taking intellectual property from deep tech research and successfully bringing it into the commercial realm.

This has long been a struggle for Australia, and it’s crucial to celebrate, and learn from, the companies that have done this effectively. 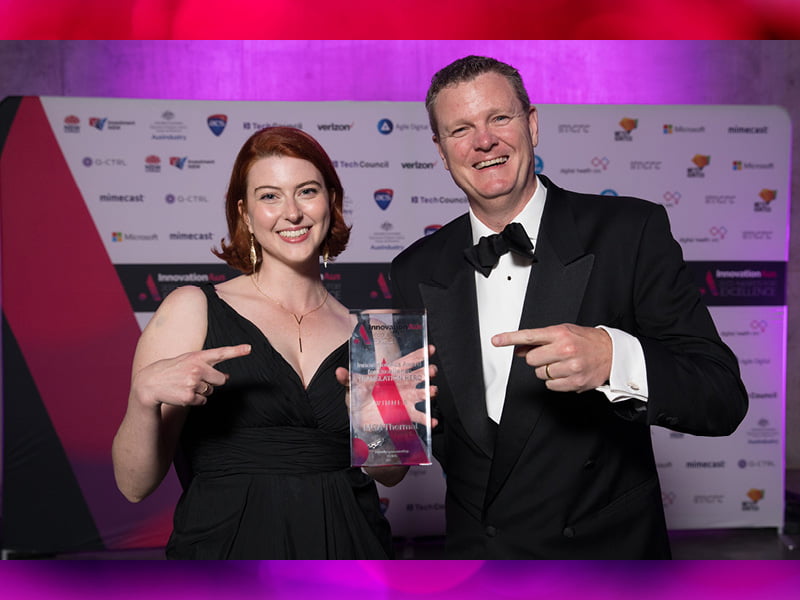 MGA Thermal took out the coveted award for its use of a new type of thermal storage material which is capable of storing a significant amount of energy as heat in a safe and easy to use way.

The company’s chief commercial officer Mark Croudace said it was a privilege to be recognised among a strengthening field of commercialisation success stories in Australia and a renewed focus on translation.

“I think we are seeing a build up of momentum in Australian tech that is commercialising. I do see a new momentum or wave building around manufacturing and export for Australia as a result. So it is the start of a change again. I think there is a lot happening.”

MGA Thermal was formed after a team of engineers at the University of Newcastle successfully patented and spun out their own research into the recently invented type of thermal storage material known as miscibility gap alloys.

MGA Thermal’s products allow for intermittent renewable energy sources such as the sun and wind to provide base load electricity to the grid, and process heat to industry.

MGA Thermal’s units are stackable and modular, and have a 30-year lifetime.

A stack of 1000 MGA Thermal blocks – about the size of a small car – can store enough energy to power more than 60 homes for 24 hours.

“If you look at the spectrum of organisations and technologies and industries impacted tonight by these awards, there’s actually no doubt that Australia’s got a really good future ahead of us,” Mr Croudace said on Thursday night.