Facebook and Ray-Ban unveiled a new line of smart glasses on Friday that will be available in Australia and enable wearers to capture photos and video and listen to music or take phone calls.

Starting at $A449, the glasses are not the augmented reality future Facebook has been talking up that will eventually allow consumers to merge virtual and real worlds. Instead, they are a way to capture moments and upload them to social platforms. 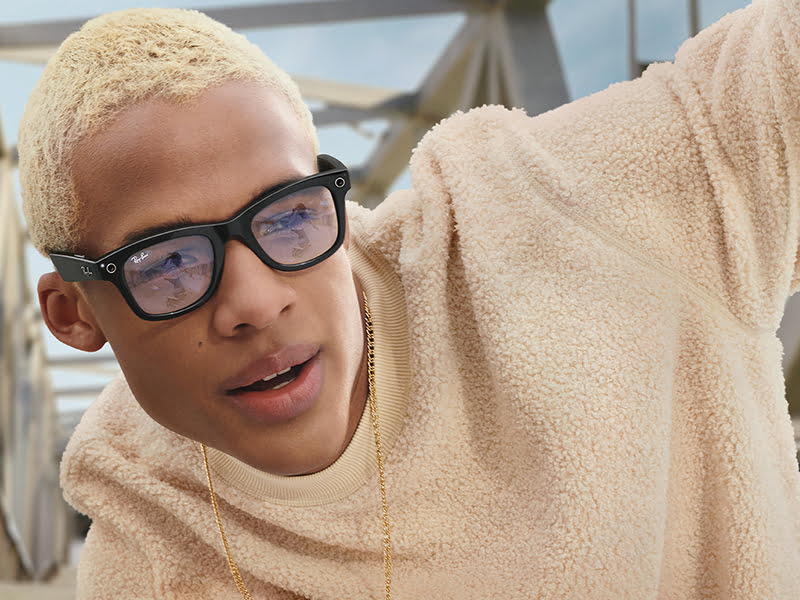 The release of Facebook’s smart glasses is sure to reignite privacy concerns that surfaced in 2013 when Google unveiled its Google Glass product, which led to brawls in bars, some businesses in San Francisco denying wearers entry, and Australia’s then-privacy commissioner raising concerns.

Called Ray-Ban Stories, the glasses are also a way for Facebook to finally compete in the wearables market against its rival Snapchat, which announced its “Spectacles” more than five years ago in 2016.

The new product line, which will be available online and from OPSM and Sunglass Hut, comes in 20 variations and five colours, with a range of lenses including clear, sun, transition, and prescription.

But you won’t be able to open Instagram or Facebook to record video directly into the apps or “go live” using the glasses. The same goes for photos. 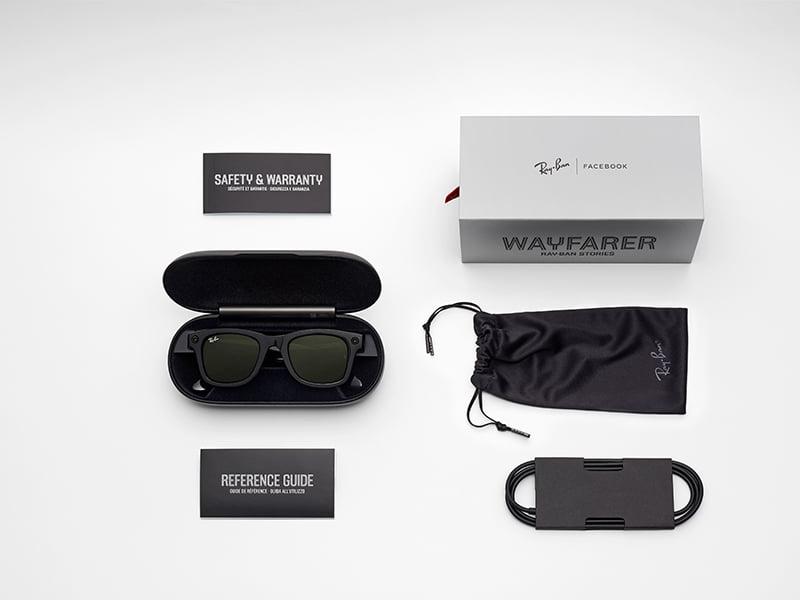 Instead, Facebook has released a companion app called Facebook View, which acts as a bridge between the glasses and your phone. The app is used to manage settings and data, and to edit and share images and videos to other apps, including to rival Snapchat if a user so desires.

Ray-Ban Stories have two 5 megapixel cameras and three microphones, and come with 4 gigabytes of internal storage, enabling up to 30 full-length 30-second videos or over 500 photos to be stored on them. This means that if you want to leave your phone at home while you go on a hike, you can, all while still being able to capture it.

To capture a photo or video, users can hold down a button on the right arm of the glasses or alternatively turn on Facebook Assistant and summon it by saying “Hey Facebook” followed by a command such as “take a photo” or “take a video”. 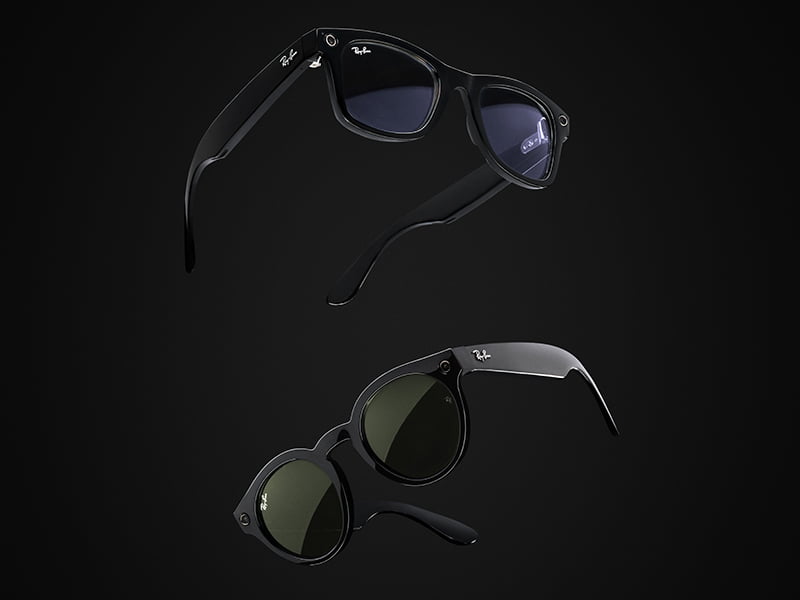 The glasses can also be used to listen to music or take calls, with an integrated touchpad on the side allowing users to accept a call, adjust volume, pause and play. In this sense, they compete against Bose, which also offer sunglasses with microphones and speakers, but no camera, starting from $A199.95.

The glasses weigh 49.6 grams (just 5 grams more than regular Wayfarer-style Ray-Bans), and beamforming technology and a background noise suppression algorithm are integrated into the hardware and software for an “enhanced” calling experience.

To allay privacy concerns, they also contain a bright white front and back-facing LED light, which turns on when a photo or video is being taken. Data on the glasses is also encrypted, meaning if you lose them or they’re stolen, it will be difficult for photos and videos to be easily recovered.

Fully charged, Ray-Ban Stories can run up to 6 hours assuming moderate usage, and they come with a case that doubles as its charger, which can be used for recharging the glasses up to 3 times if it is fully charged.

The glasses work with Google’s Android and Apple’s iOS but unfortunately for third-party app developers, Facebook says there are no plans to open up access to the glasses.

“Ray-Ban Stories is going to allow you to capture the world as you see it, so you can really stay present in that moment,” Facebook reality labs product manager Ankit Brahmbhatt said in a briefing to Australian journalists announcing the glasses.

Asked about what Facebook was doing to address any potential privacy concerns, Mr Brahmbhatt pointed to hardware features like the front-facing LED light that can be seen up to 25 metres away, the back-facing light the wearer can see, the sound the glasses make when capturing content, its physical off switch, and to user education in the onboarding process.

“We want to make sure that we’re educating everyone as much as possible,” Mr Brahmbhatt said.

“So within the app, especially for the people that are … our first adopters of smart glasses, [we’re] making sure that they’re aware of best practices on how to be capturing, what to be keeping in mind, [and] full acknowledgement of the signalling that the glasses are doing so that people around them are aware of it.

“I think this will be an ongoing education, especially for people who are kind of seeing it for the first time. But I think, from our part, the number one piece is to make sure we educate, educate, educate – because I think that’s what’s going to allow for a lot of this to … become more mainstream.”

Mr Brahmbhatt also pointed out that none of the content captured is automatically uploaded directly to any of Facebook’s apps.

“All of the content that you capture with Ray-Ban Stories will stay on the glasses and it’s fully up to the person wearing them to transfer [photos and video] over to the Facebook View app and share them with the world at their own discretion,” he said.

Asked why Facebook’s glasses might potentially be accepted more than Google Glass was in 2013, he alluded to there being “time” between when Google’s product came out and now.

“We definitely have probably a lot more people educatied around capturing the world around you than maybe back at that time frame,” he said.