Labor will form the next government of Australia, securing enough seats by late Saturday to at least form a minority government, with Anthony Albanese claiming victory just before midnight promising to “bring Australians together”.

Mr Albanese will need to work with more than a dozen crossbenchers in the lower house and new faces in the Senate to deliver his policies which, among others, includes billions more for industry development. 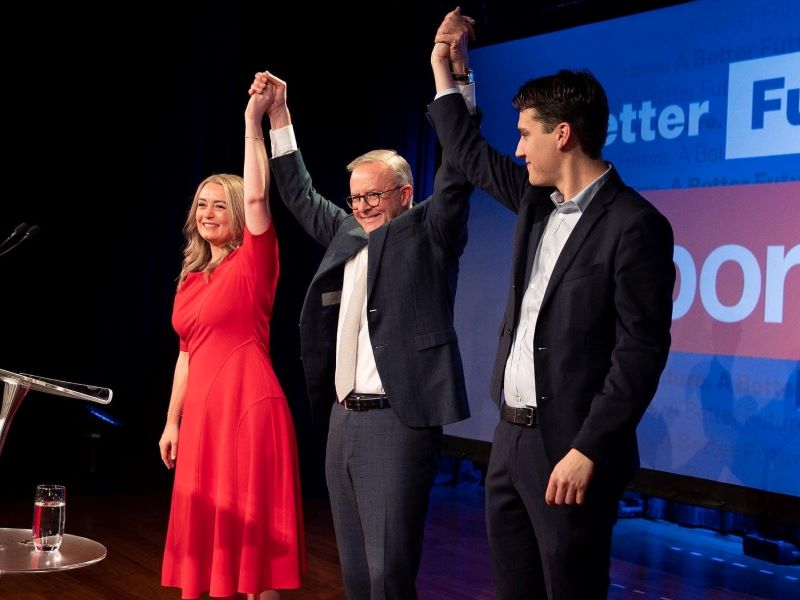 Mr Albanese campaigned on a $15 billion fund to redevelop Australia’s industrial base, and has pledged around half the money to key areas like clean energy, medical manufacturing, emerging technologies, advanced manufacturing and value adding resources.

The party has promised to complement the new funding with tens of billions more in government procurement of Australian businesses, create more tech jobs and to return research and development investment to competitive global levels after a decade of decline.

“We are the greatest country on earth. But we can have an even better future if we seize the opportunities that are right there in front of us. The opportunity to shape change, rather than be shaped by it. And we can shape change more effectively if we seek to you knowing people on that journey of change,” Mr Albanese said.

Clean energy represents the largest allocation of Labor’s National Reconstruction Fund so far. The $15 billion overall fund will invest in organisations that expand Australia’s capability in key areas through loans, equity and guarantees.

Labor says the fund will attract billions more from the private sector.

More details of the National Reconstruction Fund were revealed in the final days of the campaign, with around half the $15 billion allocated to the clean energy  and a handful of other areas.

Labor has promised the funds will be administered at arm’s length from the government with “full transparency” after allegations of politicisation surrounded the Coalition’s flagship industry policy this year.

The party also campaigned on more tech jobs, strategic government procurement, developing and retaining quantum talent, and will support the Coalition’s $2 billion research commercialisation package announced at the start of the year.

Labor will also stump up a $1.2 billion Australian Strategic Research Agency, modelled on the US Defence Advanced Research Projects Agency.

In university research, Labor has promised to not interfere in grant funding decisions for political reasons, and has told the sector it will work to return Australia’s R&D investment levels to globally competitive standards.

“We are the greatest country on earth,” Mr Albanese said in his victory speech.

“But we can have an even better future if we seize the opportunities that are right there in front of us. The opportunity to shape change, rather than be shaped by it.”

On Saturday night, Mr Albanese confirmed arrangements had been made to have Deputy, Richard Marles, Senate leader Penny Wong and economic team Jim Chalmers and Katy Gallagher sworn in on Monday morning.

Mr Albanese and Ms Wong will then attend the Quad leader’s meeting in Tokyo, with leaders from the US, Japan and India, where defence, technology and supply chains are expected to be discussed.