Prime Minister Anthony Albanese has expressed his eagerness to collaborate with the mining sector to reduce carbon emissions and support domestic industry in the global competition to supply renewable energy infrastructure.

In a speech to a Minerals Council of Australia dinner on Monday night, the Prime Minister said the mining industry has driven economic growth for generations, and would continue to do so in Australia’s race to become a renewable energy superpower.

“You’re not just part of the transition, you’re the foundation for the next generation of growth and jobs and industry that our nation needs to compete and to succeed in a globalised world,” the Prime Minister said.

“For nearly a decade, the Australian political debate over renewables and resources and climate action has been hostage to a false choice between creating jobs or cutting pollution.”

The Prime Minister described Australia as a resources superpower and reiterated its potential as a renewable energy superpower. He also assured the audience that the country would continue to be a “trusted, stable supplier of energy and resources to our key trading partners”.

“Your role in exporting our resources will continue to be absolutely critical and have the government support, but where possible, where we can value add here, then it just makes sense to boost our national resilience,” the Prime Minister said.

“Our government will invest to unlock more value from our minerals, because we understand how important your industry is to Australia’s future energy security and our broader economic self-reliance.” 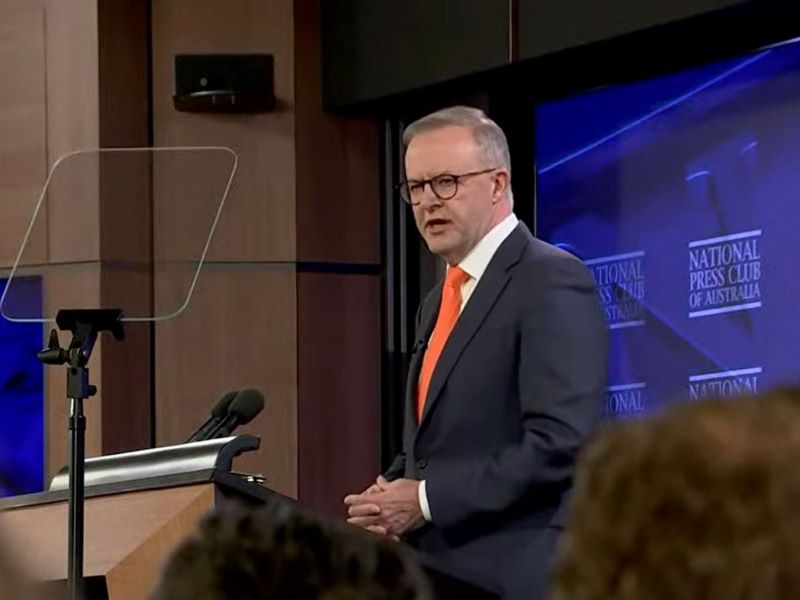 He added that the Commonwealth would continue to work with the mining sector to help it reduce its “emissions in a predictable and orderly way underpinning the energy transition with certainty”.

The Prime Minister said he hopes that the mining industry “no longer need to think of this as acting ‘in spite of’ government and instead we can view it as the chance to win the race together”.

Highlighting global competition with Chile, Canada, and Saudi Arabia, the Prime Minister said the energy transition will be “an economic change every bit as transformational as the Industrial Revolution”.

Last financial year, Australian expenditure by private companies on mineral expenditure reached the second highest on record according to the Australian Bureau of Statistics.

According to the Minerals Council of Australia, increased global demand to 2030 will require a fourfold increase in the production of lithium, while the production of rare earth elements will need to double. Nickel and copper production will also need to increase.

The government’s $15 billion National Reconstruction Fund, which is expected to be tabled in parliament by the end of the year, will include a $1 billion value-adding resources fund to support investments across the minerals value chain.