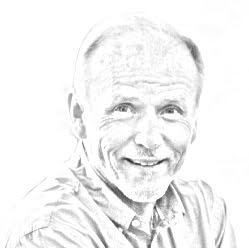 The second edition of the Asia-Pacific Agri-Food Innovation Week hosted by reThink in partnership with Temasek in Singapore recently provided a stark demonstration of how active the market is for smart agritech products and services in the region.

The 2019 event, held in November, grew from 330 delegates the year before to more than 870 delegates from 47 countries. This is a recognition of the increased interest in food security and sustainability across ASEAN and the world, but in particular in Singapore.

The reality is that the population is heading towards 9.7 billion people by 2050, which will have dire consequences for the planet if we replicate and maintain current consumption patterns. As a global community, there is a realisation that we cannot simply repeat our current practices over and over, in session after session.

The three days of the Agri-Food Innovation Week were loosely organised around a Day One on digital farming, crop protection and supply chain, then Day Two on urban agriculture and sustainable aquaculture, while landing on the final day with nutrition, health and wellness.

During the conference Temasek/PwC/Rabobank released their joint report, the Asia Food Challenge, Harvesting the Future. The report highlighted that by 2030 there will be an additional 250 million people in Asia – the equivalent of another Indonesia. And further to this, 65 per cent of the world’s middles class will be resident in Asia.

To address Asia’s food challenge in the next ten years the report estimates there needs to be an additional $800b invested over existing levels.

“This investment would unlock market growth of around 7 per cent per year, with the region more than doubling its total spending on food to more than US$8 trillion by 2030.”

These numbers has amplified the AgriTech conversations about the challenges and opportunities ahead.

It might be a surprise to many that Singapore is home to so many people with a deep interest in agriculture. In some ways it is an existential obsession to many, as well as a business opportunity.

Like water security, food security is a real issue for Singapore given that 90 per cent of its food is imported.

Recognising this, the government earlier this year launched its ’30 by 30′ strategy: It wants to produce 30 per cent of its nutritional needs by 2030, up from the current 10 per cent. That’s a 3x increase in just 10 years.

This ambitious goal is certainly doable, yes. But easy? No.

To achieve this objective, Singapore will focus on urban farming, aquaculture and alternative protein, or protein plant-based and cellular agriculture.

To support these endeavours, the government announced last year the establishment of the Agri-Food Innovation Park to enable high tech farming operators to demonstrate at scale and to drive innovation.

As well, it has appointed seven co-investment partners that will catalyse $90 million of investments to expand the pool of AgriTech companies in Singapore, along with a number of specialist accelerators.

Implementing these programs will set Singapore on track to achieve its 30-30 strategy, and to establish itself as a regional hub in developing sustainable food solutions across the region.

This chapter of the Singapore Food Story is just beginning and will provide a host of opportunities for Australian AgriFood startups and SMEs.

Adam Lyle is the Executive Chairman of Padang & Co and Head of the LEVEL3 Singapore innovation and co-working space. He is immediate past-President of the Australian Chamber of Commerce in Singapore (AustCham).