The federal government’s plan to introduce standardised contracts for IP deals between universities and businesses by the end of the year has been cautiously welcomed by the higher education sector, the Opposition and CSIRO.

But there are doubts it will bring about the change needed to unlock commercialisation and will push universities to “commoditise” researchers’ work for much needed revenue. 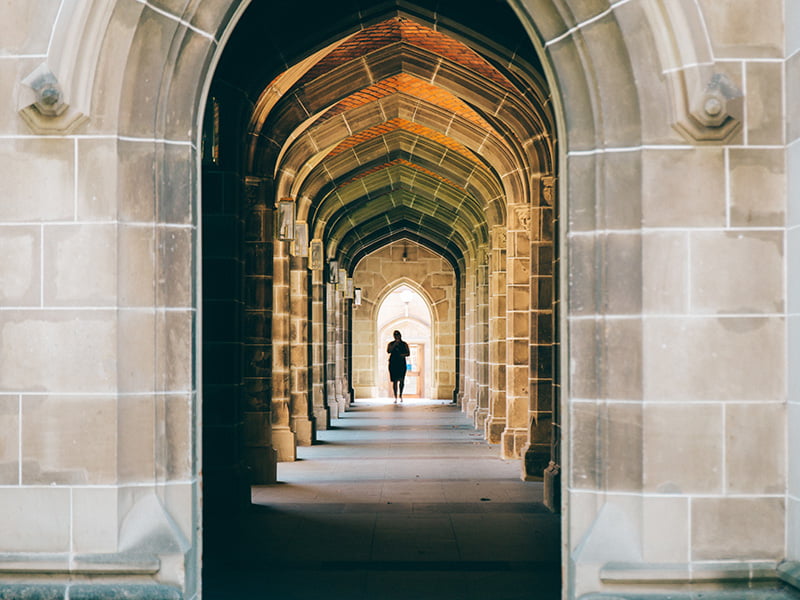 Education minister Alan Tudge, who was handed the portfolio late last year, has put the foot down on research commercialisation, openly doubting Australian universities’ contribution to society is commensurate to the billions of dollars in public funding they receive.

The government appointed Jeff Connolly, Chairman and chief executive of Siemens Australia and New Zealand to lead an advisory group for the government’s $5.8 million scoping study of Australian research commercialisation.

The HERC IP framework include processes for commercialisation activities and decision points as well as standardised, legally binding agreements.

Under the proposed framework, the complexity and commercial value of a deal will determine how strictly standardised agreements will be used.

“We want our researchers and universities to be rewarded for their discoveries, and ensure collaborating partners have certainty to back their investment,” Mr Tudge said.

University of Sydney Quantum Control Laboratory director and Q-CTRL founder Michael Biercuk said anything that cuts down barriers to implementing agreements with a university is welcome, but the government’s IP framework “misses the point” about research commercialisation.

“Companies [or] investors generally do not want to buy from a menu of IP rights. Investors want to invest in a team that’s going to commercialise their own research. And so from top to bottom, the entire [HERC IP framework] process is inverted.

“It completely excludes the founders – the people who are going to drive the innovation process, and reduces them into a commodity that goes on a list that the university is then supposed to go and derive revenue from.”

Professor Biercuk added negotiations may actually slow down because at the same time the framework is being introduced, the federal government is incentivising universities to derive more revenue from IP, which could lead to them setting “extremely challenging terms” for partners, particularly smaller ones.

Under the planned framework, deals under $100,000 will require standardised agreements, with little room to adjust terms. Complex agreements above $100,000 or involving multiple parties would allow more flexibility in the use of standard agreements.

The rigidity of the smaller agreements will harm the smaller businesses looking to engage with a university, according to the Q-Ctrl founder, who said he doubts their needs will be adequately addressed in the upcoming consultation.

This risks locking out smaller, more innovative companies from research commercialisation and perpetuates the current system favouring large incumbent businesses which typically engage in higher value commercialisation projects and would still have flexibility in agreements under the new framework, Professor Biercuk said.

Universities have welcomed the proposal but were cautious of unintended consequences or an overly prescriptive approach to IP contracts.

The peak body for the sector, Universities Australia, will be providing feedback on the framework and stressed the need to get the balance between different institutions, commercial partners, and researchers right.

“The relationships between universities and businesses are fundamental to our country’s future prosperity and innovation capability, and an IP framework that simplifies processes is a good thing,” Universities Australia chief executive Catriona Jackson told InnovationAus.

“But it is important to maintain the right balance, with any agreements accounting for the differences between businesses, universities and research projects.”

Ms Jackson said the peak body will “keenly engage” on the government’s proposal for an IP framework.

“We believe taking the time to look carefully at the details of the framework, as well as the concept, is extremely important to its success.”

The group’s universities – RMIT, UTS, Deakin and Curtin University – do more work with commercial partners than other Australian universities on average and have had ATN wide standard principles for IP negotiations since 2016.

Mr Sheehy said ATN welcomed a national approach to standardisation and said the ATN looks forward to sharing its experience with IP principles.

But he warned the new framework must not become a Department of Education “command and control” or a regulatory burden for universities already under pressure.

“What we want to make sure it’s not just prescribed by people in the Canberra bureaucracy, [but] it’s actually worked out with universities and industry to get some sort of workable, fit for purpose arrangements,” he told InnovationAus.

The mandatory approach proposed by the Mr Tudge and the Department of Education is also “tricky”, Mr Sheehy said, because it potentially locks out some partners and could create further barriers to international partners.

“If you’ve got a really strong framework that helps guide commonality of purpose that’s definitely welcomed, but certainly we don’t want it to put Australia at risk of having potential partners needing to look at other jurisdictions to business with.”

Mr Sheehy also noted for universities to come up with more commercial outcomes they would need appropriate funding.

CSIRO, and its deep tech investment arm Main Sequence, also welcomed efforts to accelerate commercialisation, and agreed striking the right balance between stakeholders will be critical.

“IP contracts are an important part of the process, and the right settings are vital to ensuring the balance between protecting Australian IP and translating it into economic benefit,” a CSIRO spokesperson said.

The national science agency said it had created or supported the creation of more than 100 companies from Australian research, and recognises “the barriers to Australia’s innovation performance are many and varied, and require expertise and nuance to navigate”.

“CSIRO recognises that commercialisation isn’t one-size-fits-all, which is why CSIRO tackles it in many different ways,” the spokesperson told InnovationAus.

“From programs to bring universities and business together like Innovation Connections and Kick-Start, through to investment in Australian deep-tech startups with the CSIRO Innovation Fund, independently managed by Main Sequence.”

The federal Opposition, which has said it is open to a bipartisan approach to research commercialisation, said it supports businesses and universities working more closely.

“Anything that encourages universities and businesses to work more closely together to turn brilliant Australian research into new industries and Australian jobs is welcome,” Shadow minister for education Tanya Plibersek told InnovationAus.

“We will consult widely on this draft framework.”