The Space, Earth Observation and Geospatial Awareness category celebrated some of Australia’s best companies in the burgeoning space sector.

There has been a wealth of opportunities recently for these companies, which will play a major part in the federal government’s goal of tripling the sector to $12 billion in size and 20,000 new jobs by 2030. 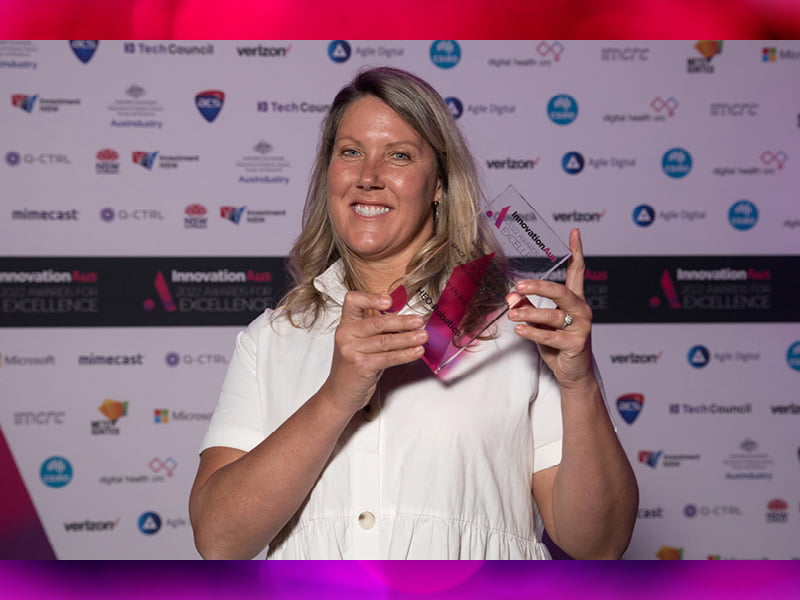 There have also been agreements signed with NASA for Australian firms to be involved with its Moon and Mars mission, and the $1.2 billion National Space Mission for Earth Observation, which will see the designing, building and operation of four new satellites.

“So much of the future depends on how we are custodians of the space environment,” HEO Robotics head of operations Fiona Tschaut said.

“I think it’s really exciting to see the developments here in Australia, across the country with amazing government support and really ambitious programs. So it’s a fantastic time to be involved in the space industry here in Australia.”

High Earth Orbit Robotics landed the award for its technology which helps clients in defence, government and the private sector visually monitor their spacecraft and other space objects using its in-orbit fly-by inspection technology.

The company was born out of its founders’ PhR research and involves the use of a nanosatellite network that can operate in the best place for optical and hyperspectral spacecraft observation.

This gives its clients satellite insights at their fingertips, transforming Earth observation satellites into in-orbit inspection cameras and generating valuable, near real-time data.

In effect, High Earth Orbital Robotics helps deliver images of anything within the solar system, on demand.

The company was founded by William Crowe and Hiranya Jayakody in 2016, and now has access to 35 satellites in low-earth orbit. It has a goal of having access to 2500 cameras by 2027.

Sydney space tech company ANT61 was highly commended in the category for its efforts to empower sustainable development in space and earth. It does this through its autonomous robots which can be used to avoid putting a human at risk in unpredictable environments.

“It’s so amazing to see the breadth, the diversity, the depth of talent here in Australia,” Ms Tschaut said. “It’s nights like this that showcase that talent, but also hopefully inspire the next generation to join the innovators of Australia.”