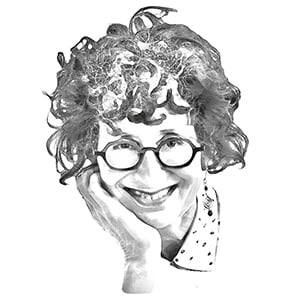 In 2018, the then-Minister for Digital Transformation Michael Keenan announced a wide-ranging five-year whole-of-government contract with IBM. With an estimated contract value of $1 billion, this contract has recently been confirmed by the Digital Transformation Agency to have exceeded $2 billion. (This is good news for the DTA, which charges other agencies and departments a fee for using the contract).

The announcement was somewhat controversial at the time, as it ran counter to a recommendation of the 2017 ICT Procurement Taskforce to cap the quantum and term of agreements. This simple measure aimed to reduce the market dominance of very large providers and the likelihood of vendor lock-ins, as well as compelling more frequent reappraisals of the government’s largest and most complex technology supply relationships.

Subject to these restrictions, the Taskforce took a pragmatic view of vendor-based sourcing, which is the practice of aggregating disparate relationships with a provider into one ‘best of’ deal. Logic dictates that these relationships will have been negotiated at different times, by buyers with varying expertise and leverage, and with uneven levels of success.

Vendor-based sourcing asks a provider to acknowledge the total value of the buyer’s relationship and reflect it in consistently preferential pricing, and in other ways, such as early and better access to scarce resources and new products, and continuing support commitments to obsolescent infrastructure.

Vendor-based sourcing is tricky to do well the first time as it requires buyer skill and diligence to develop spend, performance and future-needs insights. Arguably, the doubling of the estimated spend from $1 billion to $2 billion indicates some deficiencies in that regard.

But, now that the DTA has confirmed that it’s looking to conclude its renegotiation in the next few months, what would a renegotiation of the IBM contract look like? And how would professional buyers approach this task?

Let’s assume that the original agreement contained provisions for regular detailed reporting, so that a complete spend picture has been built up over the past four years, and that this has informed the DTA’s $2 billion view of contract value at a line-item level.

Let’s further assume that during these years, a government Supplier Relationship Management/Supplier Performance Management (SRM/SPM) team has been actively managing the relationship with the vendor. Procurement wisdom holds that unmanaged contracts bleed 40 per cent to 60 per cent of their identified value over their term, so the work of this team will have been crucial.

The SRM/SPM team will have forged positive relationships with agency buyers and will understand their future technology needs, budgets, and disposition towards the contract. They will possess detailed insights into vendor performance and will have managed compliance to contracted service standards.

They will have challenged and rectified anomalous pricing. They will have orchestrated demand by identifying unused assets and moving them to new areas of need, and by seeking to reduce overall consumption (although, admittedly, a procurement team funded by pay-to-use contracts may not have a strong appetite for demand management activities).

In the course of regular review meetings, they will have come to understand the vendor’s perspective very well and will be capable of interpreting it for the negotiation team.

It’s the job of the negotiation team to craft this wealth of qualitative and quantitative data into a strategy. The team will make efforts to understand the web of agency relationships and their procurement drivers, and to ensure support for the renegotiation approach.

Crucially, they will brief stakeholders on the messaging to reflect to the vendor (who, for their part, will be seeking insights on the team’s intent from all agency touchpoints).

The team will balance services that are unattractive to the vendor but important to the buyer, such as maintaining obsolescent hardware, with more tempting growth and high-margin products and services.

This task will be easier if the original contract made all supply arrangements coterminous, and able to be cleanly renegotiated as a package. The team will also have identified any products or services that escaped inclusion in the original agreement and will be seeking to incorporate them.

If the original negotiators were careful, they will have contemplated that spend could exceed the estimated $1 billion and included tiered discounts into the pricing. If they did not, the new negotiators will want a retrospective rebate as a precondition for re-signing.

These rebates normally represent some proportion of the margins derived from the windfall business. Assuming that preferential pricing is based on discounts from list, they will want to ensure that the referenced price list is the lowest priced of all the lists that exist. This is a wily old supply tactic that remains surprisingly effective.

Next, the negotiation team will look at what was promised in the original agreement and what has been delivered.

The DTA’s then-CEO estimated a financial benefit of $100 million over the term of the contract. Government doesn’t operate as rigorously as the private sector in locking in P&L extractable benefit from procurement, so this might be a second order consideration for the team.

Even so, it goes without saying that they will raise an eyebrow at “the more you buy, the more you save” benefit claims where there is such a large spend estimate overrun.

The joint IBM/federal innovation programs in cyber and quantum announced as part of the original deal are another matter entirely and require closer scrutiny.

The best case is that they represent an example of the marketing puffery that often accompanies big contract signings. The next best case is that these programs fell off the radar and haven’t progressed. They will certainly have been priced into the deal, though, and a simple rebate request should cover this eventuality.

The worst case would be if these joint innovation programs had successfully completed. Joint programs inevitably establish a valuable inside track for a vendor, including opportunities for commercialisation and lock-in. They also implicitly endorse the vendor’s capabilities to other buyers.

The IBM/DTA joint innovation programs targeted quantum and cyber, both of which are globally significant technology growth sectors. Domestic SME entrepreneurs in both sectors were entering the world stage in 2018. Quantum scientist Michelle Simmons had been named Australian of the Year before the IBM deal was inked and was spearheading leading-edge onshore quantum thinking.

The federal government’s Cyber Industry Growth Centre (AustCyber) had already established a domestic cyber innovation ecosystem. It is challenging to understand how, in these circumstances, it made sense to privilege a giant multinational for these two program opportunities.

Government ICT procurement can be a powerful instrument of social and economic policy. The renegotiation team will want to consider how the content of the new agreement should be reshaped in line with a broader strategy of domestic supply market development.

They might look to the ideas of the National Innovation and Science Agenda to develop such a strategy, or to the ICT Procurement Taskforce report. They might want to consider the original agreement’s proposal to invite SMEs to become “channel partners” to IBM, and how this has operated over the past four years.

It’s likely that with such a powerful prime contractor, any SME will have been an invisible subcontractor with no independent profile to government. This renewal should deliver strategy, not just pricing.

And this brings us to the single most important task for the negotiation team: to correctly characterise the relationship between buyer and seller. The way in which the IBM renegotiation proceeds, and its desired outcomes, will both be framed by this understanding.

Is it a key technology partnership, as heralded by IBM’s original press release? In procurement circles, it’s generally considered that partnerships are defined by shared risk and reward. Are those characteristics present here? Or are we just looking at a very substantial commercial supply agreement?

Taxpayer-funded health research to be made freely available