US management consulting firm McKinsey saw an almost 50 per cent drop in federal government revenue last financial year, as the surge of contracts it experienced early in the pandemic dried up.

An investigation of AusTender contract data by InnovationAus.com has found that the government paid McKinsey $31.8 million across 22 contracts in the 2021-22 financial year.

It is at least partially due to McKinsey securing just three contracts in the first half of the year – a trend that has continued in the first three months of this financial year. 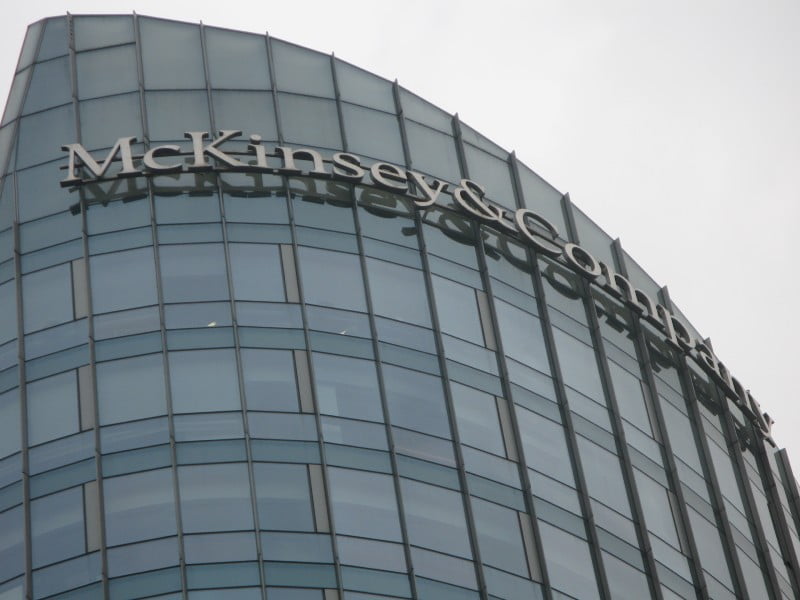 The consulting giant had been closely involved in Australia’s pandemic response, providing advice on the vaccine rollout, the supply of rapid antigen tests and onshore mRNA vaccine manufacturing.

The figures used for the analysis are based on AusTender data and represent the actual dollar amount paid to McKinsey during the 2021-22 financial year, rather than the value of the contracts awarded in the year.

This was done by measuring the length of each contract, calculating the daily expenditure for the work, and multiplying that figure by the number of days each contract was active during the year.

The bulk of McKinsey’s earnings last financial year stem from two contracts with the Department of Defence, worth a combined $10.3 million over the year.

The larger of the two contracts, worth $5.5 million (or $16,300 per day) in 2021-22, will see the consulting firm develop a digital twin that Defence intends to use to inform decision-making on costs, personnel, and equipment.

McKinsey’s other major contract with Defence, worth $4.8 million (or $19,740 per day) during the period, is also for a digital twin, one that it will use to model a Royal Australian Air Force airbase.

Significant business also occurred at the Department of Industry, Science, Energy and Resources, where McKinsey raked in $7.7 million across five professional services contacts over the financial year.

Of the contracts, its biggest pay day was “providing advice supporting government objectives to esta [sic]” under a 112-day contract worth $2.6 million (or $22,930 per day). It also provided advice for the onshoring of mRNA manufacturing at a cost of $1.2 million.

Over the past three financial years, McKinsey’s revenue from federal government contracts has now totalled $123.7 million.

A recent report by the Centre for International Corporate Tax Accountability and Research (CICTAR) found McKinsey has paid only $1 million in tax in Australia since the 2019 federal election, despite its total incoming coming in at $850 million.

Prior to entering office in May, Labor promised to improve AusTender reporting and to lessen the reliance on consultancies by cutting its spend by $3 billion over four years.

The government has since changed Commonwealth Procurement Rules to double the target spend with small and medium sized enterprises and introduced a new requirement for federal government buyers to approach multiple suppliers on a standing offer arrangement.